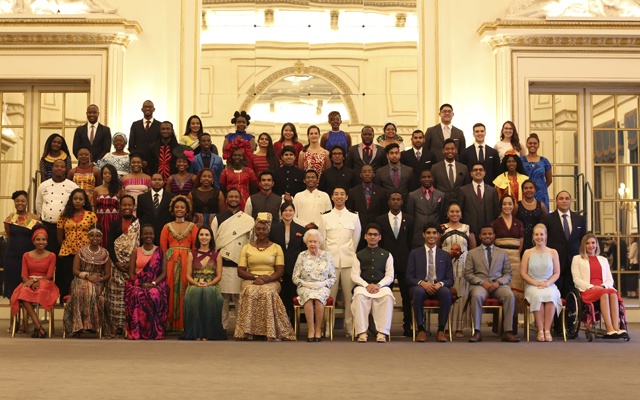 Faizan has received the award for his work to support the use of technology in the medical sector. He has founded multiple startups such as OneHealth which is a mechanism used for disease observation and tracking to help medical institutes when faced with an epidemic. He has also developed a system that can be used to translate sign language into a spoken language called Edu-Aid.

Faizan is also a teacher who has taught more than 200 students from unprivileged backgrounds and trained them in computer programming skills. The 23-year-old now has plans to launch a tech consultancy and outsourcing company named Venture Dart, for entrepreneurs, small business, and freelancers.

The Queen’s Young Award is an annual award for people between the ages of 18-29 from Commonwealth nations and acknowledges them for their leadership potential. It was established by the Queen Elizabeth Diamond Jubilee Trust, Royal Commonwealth, and Comic Relief in the year 2014.

On receiving the award, Faizan said, “I am delighted to have received this award and look forward to expanding my leadership skills and engaging with people from various fields who will be sharing their ideas and experiences.”

The ceremony was held at the Buckingham Palace On the 30th of June in England. Faizan was the only Pakistani who was in the list of winners for the award across all Commonwealth countries.

The event included network opportunities and mentoring sessions which were all arranged to help the award winners progress as leaders and increase their impact on people’s lives.

The winners had visited UK’s Prime Minister’s House and took part in classes arranged at the BBC World Service and Facebook’s Headquarters in the UK.

Executives from leading organizations will also inform the winners of projects that are improving the lives of the people in UK. University of Cambridge will also be offering workshops to all of the winners.

Dr Astrid Bonfield CBE, Chief Executive of the Queen Elizabeth Diamond Jubilee Trust said, “The residential programme is an opportunity for the 2017 Queen’s Young Leaders to come together for the first time, to foster partnerships and share ideas about how they can work together as a group to improve people’s lives all over the Commonwealth.

We are delighted that these young people are being recognized for their life-changing work by Her Majesty The Queen and we hope that their time in the UK will inspire and enable them to pursue their work for others on an ever greater scale.”