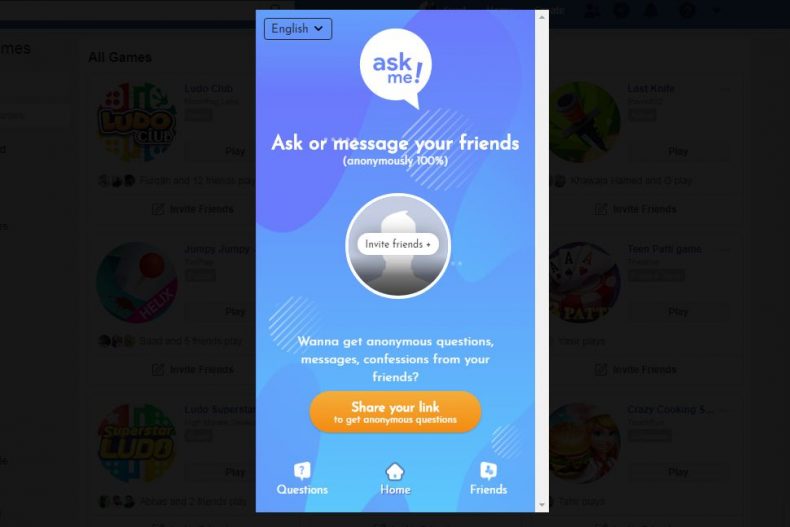 AskMe! is Facebook’s new companion app that lets people ask interesting questions to each other by keeping their identities anonymous. The app is quite similar to the Ask.fm, the app which has become the biggest social network in the world for questions and answers for youth.

Meanwhile, the AskMe app is fully integrated with Facebook’s app and asks for user permission before taking control of people’s profile. The app allows users to send a message to a person in their friend list who also plays this game. However, your friend “would not know you are the one who asked this question”. 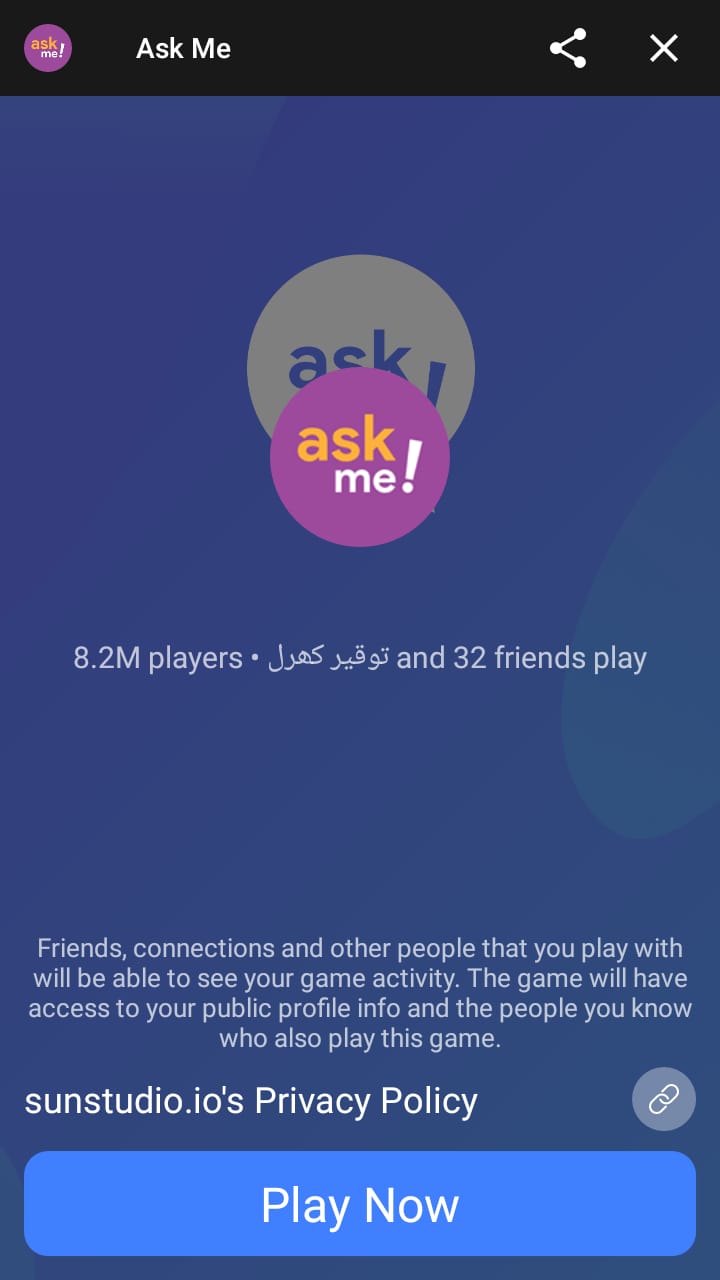 Once you start playing this game, anyone in your friend list will be able to ask you a question through the app or the link that you have shared publicly to get anonymous questions. The app has a large user base of over 8 million users worldwide.

Meanwhile, Facebook users in Pakistan seem greatly impressed with this app and my timeline is full of these weird and funny questions that people are asking each other anonymously (some questions are annoying though). Here’s how you can also hop into the bandwagon by signing into this app here. 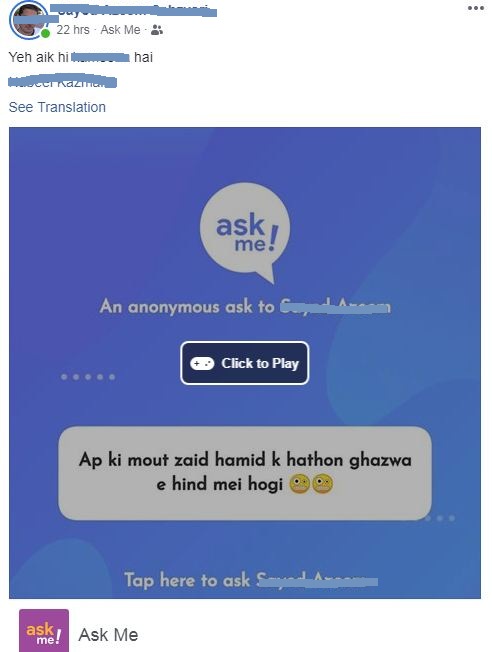 Platforms like these allow people to feel free to be whoever they are because if they are not sure about the content they are about to produce, they can easily ask it anonymously and find out the right answer and find out how to blend in better socially.