Hammad Azhar, Minister of State for Revenue, has explained the main policy changes in a series of tweets to educate people about how it can affect them in daily life. Let’s go through all the major changes happening as the result of that new policy.

If you are purchasing a new phone or carry any phone that you wish to install a sim in and activate after 1st Dec 2018, make sure to send its IMEI number to 8484 to know about its legal status. The IMEI number can be found the mobile phone’s box or by dialling *#06# on its screen

For consumers buying a phone after 1st December, Hammad Azhar suggests to first send the phone’s IMEI number to 8484 to know about its legal status. This should help prevent consumers from buying a stolen phone dude to negligence.

Now those phones which conform to PTA’s regulations can be imported in used condition, bringing a huge market of second-hand phones inside the tax net, and potentially reducing the illegal import of such phones which is being fostered by a large grey market in Pakistan.

Government is also changing its policy regarding bringing phones from abroad on a personal capacity. From now on, consumers will be allowed one duty-free phone per person, per annum. In addition to that duty-free phone, individuals can bring 4 phones per year from abroad by paying the customs duty tax applicable on them.

For people bringing in phones from abroad, as per personal baggage rules. One phone per annum is allowed duty free and up to a maximum of 5 phones in a year can be brought in. The duty on remaining 4 will have to be paid if you require service in Pakistan beyond 30 days.

So if you are bringing 5 phones with you, you can bring one of them duty free, but you cannot bring in the other 4 phones without paying the custom duty tax on them.

Implementation of these reforms

For the purpose of implementation of these policy reforms, customs’ electronic system has already been integrated with PTA’s DIRBS. IMEI numbers of phones who duty has been paid will automatically will be uploaded to DIRBS, thus ensuring that only duty paid phones work inside Pakistan. 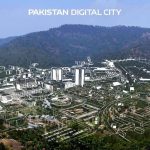