TechJuice > News > Pakistan gets its first-ever National Centre of Robotics

Pakistan gets its first-ever National Centre of Robotics 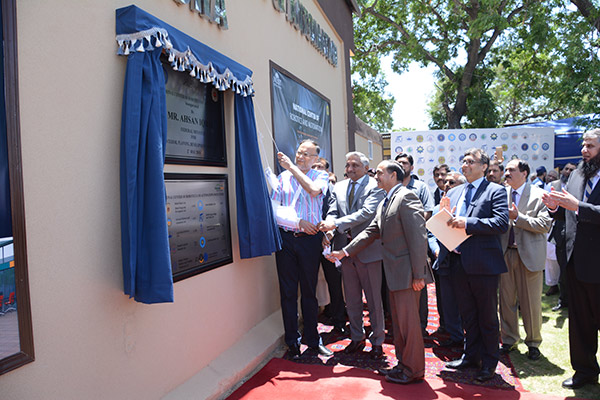 Federal Minister of Interior and Planning, Development, and Reform, Ahsan Iqbal inaugurated the National Centre of Robotics and Automation (NCRA) last week on Wednesday at NUST College of Electrical and Mechanical Engineering.

The Robotics Centre is built on a consortium model comprising 11 labs across the country. 12 other Pakistani universities are a part of this initiative. While two labs will be established at NUST , the remaining will be set up at other universities that have been selected through a rigorous selection provess by HEC and Planning Commission of Pakistan. These universities include: UET Lahore, UET Peshawar, UET Taxila, UCP Lahore, ITU Lahore, Air University Islamabad, LUMS, FAST-NUCES Islamabad, NED Karachi, MUET Mirpur, BUITEMS Quetta, and MUST University.

Dr. Athar Osama. who is a member of Planning Commission shared that with the establishment of four national centers of excellence, 200 Ph.D. scientists and 45 laboratories from country’s other technology universities were brought together to solve critical problems of four emerging areas. He added that these national centers will work through shared resources and expertise towards developing projects that will have a high national impact.

While speaking at the inaugural ceremony, Federal Minister expressed his immense pride in inaugurating the last of four centers of excellence that the government planned to establish in this year. He further said that this would lead Pakistan toward knowledge economy in the future.

Previously, he has inaugurated Centre of Excellence in Artificial Intelligence at NUST, Cyber Security Centre at Air University, Cloud Computing and Big Data Centre at LUMS.

These centers of excellence are aimed to accelerate the technological development in the country and will provide a platform for students to pursue research projects related to the respective field of technology. This will further help them attain advanced skills in the field and meet industry needs when looking for employment in these technology fields.

previous
YouTube gets banned in one more Islamic country
random
next
IBM to give $200,000 award for finding a solution to natural disaster relief
Trending Posts