The Managing Director (MD), Pakistan Software Export Board PSEB during a briefing session, informed Shoaib Ahmad Siddiqui the Federal Secretary Ministry of Information Technology and Telecommunication (IT&T), that Pakistan’s IT sector has earned a revenue of $4.1 billion during the fiscal year 2018-19.

While briefing the MD PSEB also said that the IT industry has achieved growth this year and remittances of the industry have surged by 9.9% in 2018-19. He added that 5000 Pakistan based IT firms are providing IT products and services to organizations in 100 countries. Through these services and positive growth, the IT sector has contributed significant foreign exchange to Pakistan’s economy in the process.

The Federal Minister for IT&T, Dr. Khalid Maqbool Siddiqui on Wednesday directed Shoaib Ahmad to review the performance of PSEB in order to bring enhancements in software exports and to expedite the completion of IT Parks in the country. During the briefing, the secretary emphasized the need to focus on international marketing efforts by enhancing the participation of Pakistani IT companies in international events.

During the meeting, it was informed that the bandwidth tariff for software companies, has been reduced by 35% during 2018-19. This was done to further reduce the operational costs for IT companies, to support the Government’s vision of Ease of Doing Business in Pakistan.

Moreover, the authorities have also revamped the PSEB’s website and have included online registration of companies and availability of online directory of IT companies in Pakistan. Secretary IT Shoaib Ahmad Siddiqui, praised the achievements of the country’s IT industry and stressed the need to facilitate the growth of software exports in developed markets, helping software firms to explore new markets, accelerate the completion of IT Parks in Islamabad and Karachi. He also stressed on providing an efficient environment to the private sector which promotes Ease of Doing Business.

Furthermore, with an aim to boost the IT and telecommunication infrastructure throughout the country, Dr. Khalid Maqbool Siddiqui has approved various contracts that come under the Universal Service Fund (USF). The USF previously approved and allocated Rs 1.89 billion through which various projects will be initiated or completed in remote areas of the country. 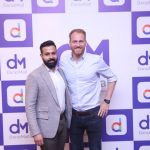