Payoneer Forum ends with a bang celebrating techpreneurs and freelancers 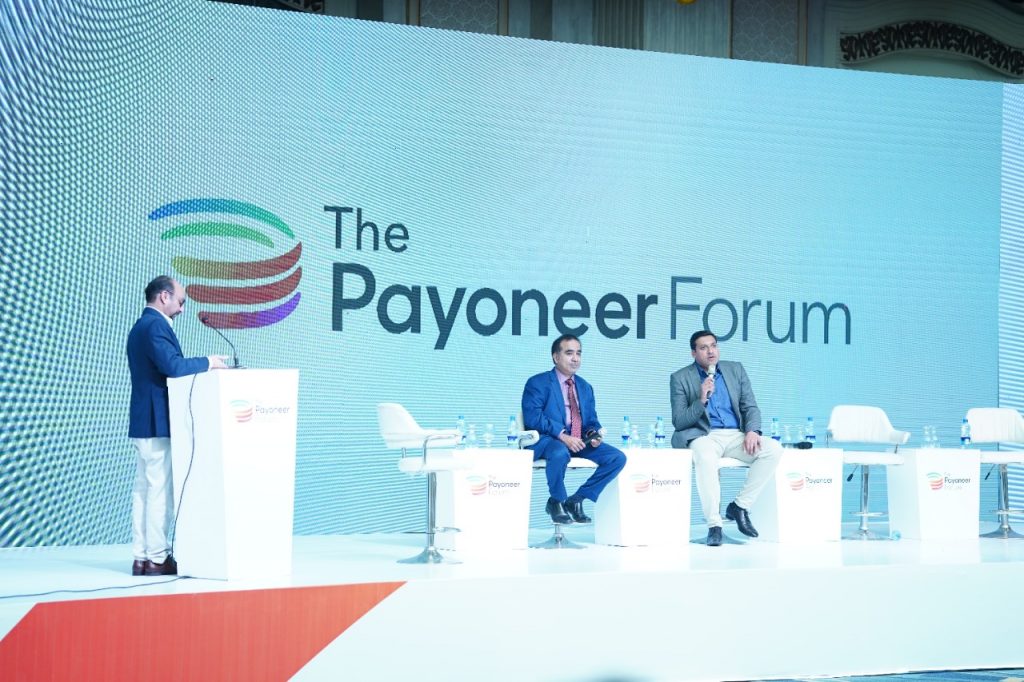 Payoneer Forum 2021 was held in Lahore and is a flagship event hosted by Payoneer. Payoneer Forum is held in over 40+ cities and hosts more than 14,000 attendees globally. After a long hiatus due to COVID, Payoneer hosted the event on ground and also virtually. The event is a platform which is committed to promoting entrepreneurship, techpreneurs, online sellers and freelancers. The event hosted a series of panel discussions featuring notable industry thought leaders and discussed burning issues facing the industry.

The first panel featured Badar Khusnood (Chairman P@sha), Fatima Mazhar (COO Colabs) and Hasan Shahid (Co-founder Kickstart). The panel discussed “Strategies for hypergrowth”. On this occasion, Hasan Shahid remarked how the eco-system for startups has evolved in the past many years and how incubation centers played their part and are now in phase 2, helping with investments to sustain growth for these startups. Fatima Mazhar, COO also remarked that for her “people first” strategy is important for hypergrowth.

The next sessions switched gears and discussed global marketplaces beyond Amazon. The panel featured Huzaifa Ali ( CEO eCommerce Success Pakistan), Syed Awais Gillani (Chairperson Leyjao.pk) and Shayan Mahmud (CEO Trademor). Shayan shared how Alibaba stands out as a global marketplace beyond Amazon. There are 3,000 sellers from Pakistan currently selling on Alibaba and growing on about 64% YoY. There are also 300,000 daily inquiries from over 190 countries and 18 million active buyers looking to engage with Pakistan sellers. Huzaifa took the occasion to also highlight Etsy as a potential market and shared how in comparison to Amazon, it is still small but has a lot of potential and recorded net revenue of USD 1.7 billion in net revenue.

The third panel discussed the burning issue of future of Pakistan’s IT exports and how a shift from services to product is needed. The panel featured Badar Khushnood (Chairman P@sha), Samar Hassan (CEO Epiphany) and Waqas Pitafi (CEO Devbatch). Badar shared and highlighted how despite having so many IT and engineering graduates, only 10% will have potential employability. This is due to the talent gap and it is an area that requires to be addressed. Samar Hasan highlighted another critical issue of professionalism and how Pakistani IT professional/Service Providers need to address professionalism to grow globally. Badar also highlighted a recent report released by P@sha with Google which shows that Pakistan has a potential of IT exports worth USD 60 billion.

The fourth panel highlighted and discussion lead generation techniques. The panel featured Athar Rasool (CEO DS Technologies), Omer Bin Tariq (CEO Merkavoix) and Saad Iqbal (Merkavoix). Saad Iqbal shared how all the avenues such as Linkedin and platforms are available but what really matters the most is networking.

The Forum concluded with the Payoneer Forum Awards and announced the following winners:

1) Freelancer of the Year- Wajiha Ghazal

2) Most Inspiring Seller of the Year – Awais Gillani – Leyjao.pk

7) Youtuber of the Year- Asad Ali 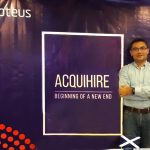