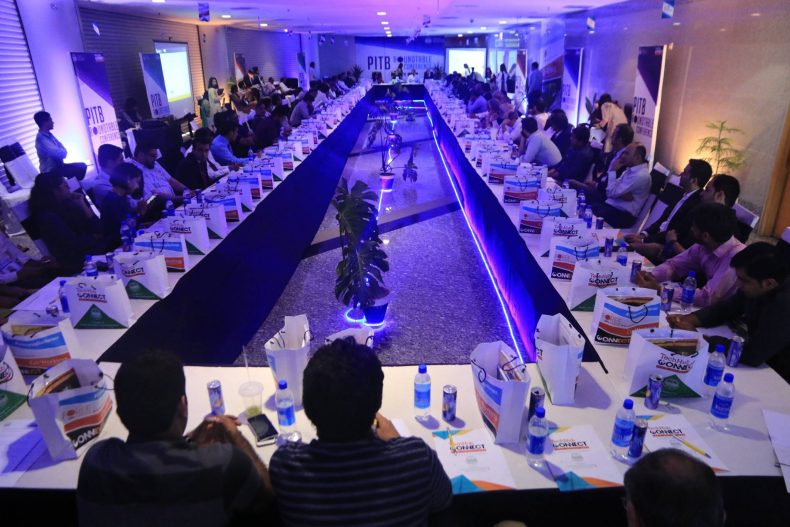 Last year in the month of August, Punjab Information Technology board, under their TechHub Connect project, organized first round-table conference. The main agenda of the conference was to get the stakeholders of IT industry of Pakistan on the table and surface the issues plaguing our industry today. Today, the second installment of the same conference happened with over 120 representatives from different technology organizations in the country.

Lead by Umar Saif, Chairman PITB, and Nabeel A. Qadeer, Director Entrepreneurship at PITB, the meeting was co-chaired by Jehan Ara and Syed Ahmad, President and Chairman of P@SHA respectively.

The conference started with a track on how much progress has been made on the issues raised in the last round-table conference.

Here is a brief highlight of the progress being made so far.

In the light of progress made in the past few months, PITB and P@SHA are also taking a few initiatives to help IT services firms.

A new Punjab ICT policy will be developed which will include; establishment of economic zones for IT industry, talent management and human resources development through grants, scholarships, exchanges and curriculum development, the establishment of a venture capital fund and introduction of training for freelancing and entrepreneurship.

During the discussion, Syed Ahmad, Chairman P@SHA, mentioned that Pakistan’s IT industry has seen a growth of 30% to 40% in one year. This is pretty exciting time for the technology industry of Pakistan. If facilitated properly, the number is bound to increase in the upcoming years.

Lastly, a platform for connecting academia and industry named as ‘Connect‘ was officially launched to help students get exposure, jobs, and connection within the IT industry.