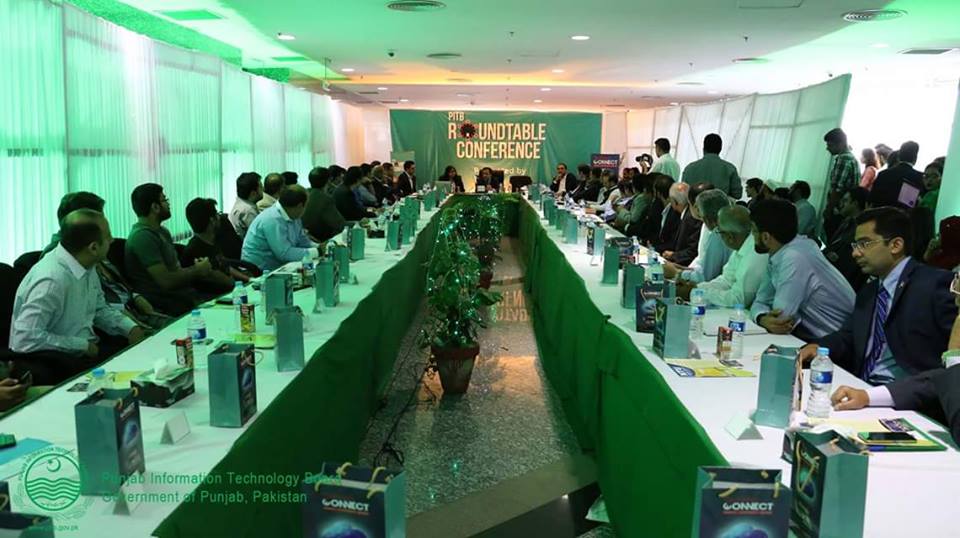 PITB’s first round table conference was held on 20th August in Lahore. Hosted by TechHub Connect, the event had a great turnout and was attended by several high-profile people from the IT industry.

The meeting, moderated by Chairman PITB, Mr. Umar Saif, addressed the issues related to taxation, government’s procurement issues and PITB’s role in facilitating IT Companies of Pakistan. The event ended with a networking session and a startup display of Plan9 and PlanX startups.

Here we round up the main 4 agendas discussed at the event.

How to help the IT industry

Dr. Saif opened the floor to the discussion by asking delegates to address the problems their companies face when bidding for projects abroad.

Our IT Industry is not as small an industry as it is considered any more; an ecosystem must be developed that ensures support to and sustainability of the local IT entrepreneurial industry The foremost problem addressed by the delegates was how Small Medium Enterprises face difficulties in acquiring visas due to weak credibility rating’s system. Moreover, the projects executed internationally by our local companies might look small on the face of it but are quite complex reflecting the IT Industry’s competency. To this, solutions were proposed from the audience as to how the government can put weight by involving foreign embassies and offices to improve the brand image of the IT industry of Pakistan. Furthermore, the need for not just the government but also academia and multinational companies to build the image of Pakistan was addressed.

Many delegates also expressed the untapped market opportunity in the East where focus should be drawn rather than the West. A necessity to make the credibility system more transparent was also addressed.

Closure
Dr. Saif ensured they can get the support of the foreign office with the Chief Minister’s backing and to facilitate the process of international bidding they can write letters of recommendation for IT Companies. Conscious efforts to do a local background check by the government will also be made in order to accelerate the process of bidding. As for exploring opportunities in the East, Dr. Saif stated that work is already being done; example of ticketing system in collaboration with Turkey and a local company called Inbox Business Technologies was mentioned.

The second issue in the house was that of taxation. This was the most pressing issue of the meeting. Dr. Umar Saif gave an overview of taxation in Pakistan addressing how most people do not pay taxes at all making our economy dependent on foreign aid. He clarified how on a provincial level goods are taxed whereas services are taxed at a federal level. Under the umbrella of taxation two main taxes were discussed i.e. the 19.5% Mobile Internet tax issue and 8% services tax issue.

According to Dr. Saif, 19.5% minimum tax liability on Mobile Internet is a major issue since this industry is only beginning to prosper. He commented how he has already been fighting this battle and will keep at it until it is reversed.

Delegates were enraged at the 8% minimum tax liability on services companies in the Finance Act 2015. They proclaimed that 8% of revenue is unheard of anywhere in the world. Some even stated that it’s altogether 9.5%, along with GST imposed.

To this Dr. Umar Saif commented how the IT Industry needs to be more organized. Hence, he expressed the need to consolidate financial numbers of the impact on IT Industry of this particular tax to make a presentable case to the ministry. To this one of the delegates, Mr. Faisal Khan, CEO Ovex Technologies stated that he is already working on consolidation of numbers on a cross industrial base. He also mentioned how FBR has a misconception of their profit margin. One of the delegates expressed how there is a need for the IT personalities to have a role in policy making in order to understand the problems faced by the IT sector.

To the 19.5% Mobile internet tax issue, Dr. Saif declared that 19.5% Internet tax is expected to be reversed in a few weeks’ time. Whereas for the 8% minimum tax liability on services companies in the Finance Act 2015, Dr. Saif said that he has talked to the concerned authorities to organize APICTA in Pakistan next year which will help. Moreover, on the IT Industry’s end, he pointed out that the Federal Ministry needs to see a stronger case for which the IT Industry not only needs to get organized but also seek advice from other industries of Pakistan in order to make a solid case to be presented. Dr. Saif agreed to lead a meeting with the FBR, Chief Minister and Federal Minister as soon as the industry is ready with their case.

Dr. Saif expressed the need for equality between established companies and SME’s in acquiring government projects and how the government is trying to promote smaller companies to work with them.

Certain procurement policies have been made to facilitate SME’s, women and minority owned companies. Since they might not be able to deliver what is required and sustenance of these companies during the long payment procedures is also a risk, PITB has decided to let companies bid as joint ventures. Where different modules can be allocated to a mix of organizations and SME’s to deliver the solution together.

This joint venture will be a huge support to the SME’s in the IT Sector. Dr. Saif communicated how they are already driving the development of some systems with the joint venture in place. He encouraged all the IT companies to take part in this venture for the betterment of IT industry of Pakistan.

In an effort to make the system of procurement more transparent, Dr. Saif introduced a portal ‘eprocurement.pitb.gov.pk ‘ that PITB is making in collaboration with World Bank. Moreover, he announced that in future PITB will be holding capacity building trainings for companies on the government procurement procedures.

To the prospective problems addressed by delegates on the Joint Venture, Dr. Saif requested all companies to bid with a good intent for the betterment of this country; the reason why everyone had gathered on the table.

Another delegate voiced to build a mechanism through which companies can acquire students with innovative final year projects. He wanted the government to take initiatives in arranging exhibitions and industry and academia meet-ups. He also requested delegates from companies to fund their student’s final year projects.

He also believed that the stock exchanges need to play a role in facilitating angel investors. To this, a delegate of the Karachi Stock Exchange proclaimed how they have already taken measures to ensure security of angel investors. One delegate suggested a campaign to open Research & Development centers across the country. He elaborated how this will generate employment and bring more relevant talent into the industry. Most delegates also suggested an increase in foreigners’ visits in order to improve the image of Pakistan’s IT sector. Moreover, help to facilitate young professionals in the domain of freelancing was also asked for.

As an answer to all the above issues, Dr. Saif formally introduced the platform of TechHub Connect. He positioned this platform as one that will:

Dr. Saif further elaborated that to connect IT industry, academia and the startup community, TechHub Connect is going to build a portal. This portal will link the industry and academia in such a way that companies can publish their projects here and they will be done by resources in universities or by freelancers. The aim of this portal is to increase appropriate job opportunities, to evolve youth to cater to current or future needs of the industry.

Moreover, Dr. Saif announced that MIT Tech review franchise has been provided to Pakistan and has been licensed to put local innovation on display. For this, TechHub Connect will reach out to universities for articles to be included. Furthermore, it will feature 10 most innovative ideas along with 30 entrepreneurs every month.

Last but not the least, launch of a tech program on one of the top three channels of Pakistan was announced. 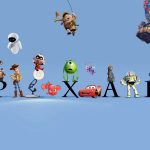