Pop up emoji-reaction would soon be available for Instagram

The Facebook-owned social media giant has been testing pop up emojis since October of last year. The feature will be released for the general; users very soon. The Reverse Engineer Manchun Wong stated that the photo-sharing app is working on this matter for some time now.

As per her claim, the news was confirmed by Facebook’s Tech Communication manager Alexa Voice. The manager said non-employed Instagram users can only use the heart emoji but soon the other emojis will roll out.

Wong further said: “Although indeed, Instagram has recently started testing DM reactions internally with employees, Instagram has been working on it since late October about a week after I tweeted about Twitter working on DM Reactions.”

Wong had earlier been able to perform reverse engineering on Twitter’s latest update including the new features before it was released for the general public.

For now, Instagram did not give the exact timeline as to when this new feature is going to be available for the general public. The six emoji’s bar will be a fun addition to the other Instagram features. Recently, a similar feature was also introduced in another social media app known as Twitter. For using this feature on a micro-blogging site a user is required to hover over the message select an emoji reaction once the popup appears. For adding the reaction that the user has chosen, click on the icon that would appear when hovering the message on the web or double-tap the message on mobile. 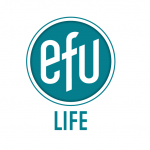