It is natural to look at how each of our provinces are doing when it comes to the adoption of technology. In such a conversation, Punjab is widely regarded as the leader, the province that has implemented everything from tech incubators to apps that can help you with a whole range of tasks. Khyber Pakhtunkhwa is regarded as being close behind, while Sindh and Balochistan still have a lot of catching up to do. Here is how each province is doing when it comes to having a successful digitization model.

Let’ start with Punjab, the province with the most impactful technological revolution in the country. And at the heart of that revolution is the Punjab Information Technology Board (PITB), which has basically digitized all kinds of provincial departmental tasks from excise to anti-narcotics.

The Board has played a significant role in promoting a culture of technology and innovation, a fact best demonstrated by its launch of Plan 9 and Plan X, the incubation and acceleration centers that have given a lift-off to numerous startups. Plus, it has developed a grand total of 99 apps on Google’s Play Store to date. You can read up more about them here.

As a central point of authority on technology and digitization, PITB presents a model that is both easy and effective, with as few disruptions as possible.

Khyber Pakhtunkhwa, on the other hand, plans to follow Punjab’s central point of authority model. Under the leadership of Brunel University graduate Dr. Sahibzada Ali Mahmud, the KP Information Technology Board (KPITB) is trying to focus more on centralizing its operations and working on e-governance. Right now, though, most of the province’s technology initiatives are undertaken by various departments, with the tourism department developing its own app and the police department working on its own solution. According to Dr. Mahmud, this makes “monitoring at a higher level very difficult since there is no centralization of data”, hence why they want to follow the PITB model.

Similarly, Sindh has faced quite a lot of problems because of its decentralized model of technology adoption. A Sindh IT Board was actually constituted last year in April, with the aim of creating a PITB-like provincial IT body that hires from the private sector and can promote the much-needed advance towards rapid digitization. According to the Sindh IT Minister’s advisor Zain Shah, a Digital Transformation Authority is also in the works.

Lastly, as far as Balochistan is concerned, the situation is pretty deplorable. In fact, the provincial cabinet doesn’t even have an IT minister. However, despite the negligence that the province has suffered from, there is still some hope. The province has a Digital Policy in place comprising of six key pillars: access and infrastructure; literacy, skills and technology; digital services/cities/e-governance; digital promotion and transformation; digital security, disaster, rights and responsibilities; and digital economy. 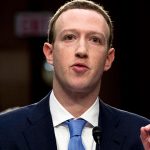