Earlier last month, Pakistan Telecommunication Authority (PTA) along with Federal Investigation Agency (FIA) and Intelligence Bureau (IB) carried out a successful raid on illegal Voice over Internet Protocol (VoIP) setup. And now again, a team of these three authorities has raided a similar illegal set up in Lahore.

The use of illegal equipment and gateway exchanges have increased in Pakistan during the past few years. In its continuous struggle to curb the menace of illegal Gray Trafficking in the country, PTA has again carried out a raid on illegal VoIP setup in the area of Sabzazar, Block H Lahore. FIA and IB helped the country’s top telecom regulator in conducting a successful raid.

According to the details reported by PhoneWorld, the joint raiding team of PTA, FIA, and IB seized around 10 operational illegal gateways and around 500 active SIMs along with other allied equipment including routers, modems, and laptops, etc. Two persons were arrested and further interrogation is underway.

This is not the first time PTA has teamed with intelligence and security agencies to curb the use of illegal/smuggled smartphone in the country, Just last month, arrested a suspect allegedly involved in identity theft to register smuggled mobile phones. Reportedly, FIA claimed to have confiscated hundreds of such mobile phones in the past couple of months. Cases were registered against the suspects who have faced investigations and criminal charges were imposed.

Meanwhile, to support PTA’s mission of restricting the use of illegal devices, Karachi Police has recently recovered a large number of illegal smartphones from the metropolis. The shipment was said to be carrying a whopping 249 smuggled mobile phones which were recovered by Police from a car on Napier Road in Karachi.

Ever since PTA has launched its Device Identification Registration and Blocking System (DIRBS) to block smuggled/stolen mobile phones, the number of mobile phone users tend to decrease as a notable number of people in Pakistan are using illegal/un-registered smartphones non-compliant with PTA. Other government authorities and institutions are also helping PTA in its campaign of restricting smuggled mobile phone users. 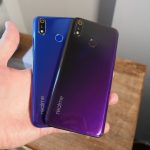