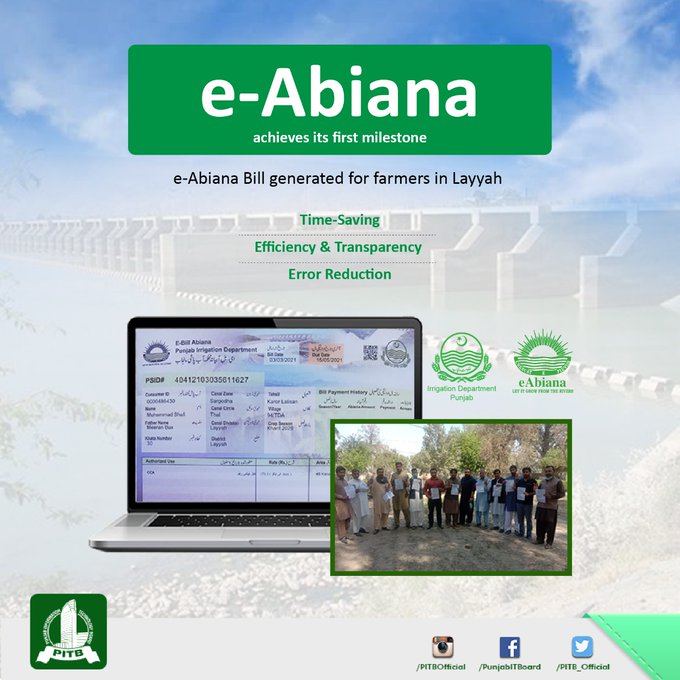 On Wednesday, the Punjab Information Technology Board (PITB) announced that the E-Abiana bill printing has begun in Layyah, Punjab, finally replacing the decades-old traditionally manual billing process. The PITB, in a tweet, said, “The digitized bill ensures increased transparency & efficiency. Farmers will be able to pay Abiana via e-Pay Punjab, JazzCash, EasyPaisa, and Over the Counter (OTC) in banks.”

E-Abiana is the result of a collaboration between the Punjab irrigation department and the Punjab Information Technology Board (PITB) for the automation and streamlining of the water revenue collection system. Initially introduced for the far-away areas of Kasur, Sheikhpura, Khanewal, and Layyah, as a pilot program, the e-pay solution is planned to be rolled out throughout the province.

The E-Abiana initiative’s objective is to ensure transparency and increase revenues by making it easier for the farmers to pay their water bills. Initiatives such as E-Abiana can go a long way towards eliminating the widespread corruption that has continued so far due to the conventional and rotten government structures. However, there is a need to implement similar solutions in other parts of the country to synchronize agricultural progress and overall development. 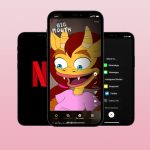