A former Air Vice Marshal revealed that the Rafale could be compared to the F-16 but it has no one-on-one comparison with the JF-17 Thunder. The revelation comes on the heels of the announcement that Pakistan is entering mass production of the most advanced JF-17 Thunder Block III which has the KLJ-7A AESA radar which can track 15 targets and engage 4 targets simultaneously along with a helmet-mounted display (HMD) and possibly an internal infrared search and tracking (IRST) system.

The debate has intensified after India got the Rafale jets from France recently. However, according to AVM (retd) Shahzad Chaudhry, the real game-changer in the region will be the J-20 stealth fighter. As per his analysis, the only other jet which is capable to go toe-to-toe with the J-20 is the F-35. Any country in the subcontinent who gets either of these first would be able to get air superiority.

In a statement, he said:

For the airspace that we have to defend, F-16s, JF-17s and other platforms emerge in an integrated shape as a formidable force and it was demonstrated in February 2019

The AVM also said that the induction of JF-17 Block II and the mass production of Block III was a significant advancement in the country’s air defence arsenal.

Pakistan has become self-sufficient in developing JF-17 Thunder and an advance fighter aircraft producing country in the world. JF-17 Thunder has finally become the backbone of Pakistan’s defence. Pakistan and China’s close collaboration will bring more success in the future. 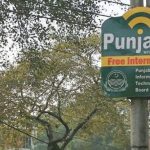