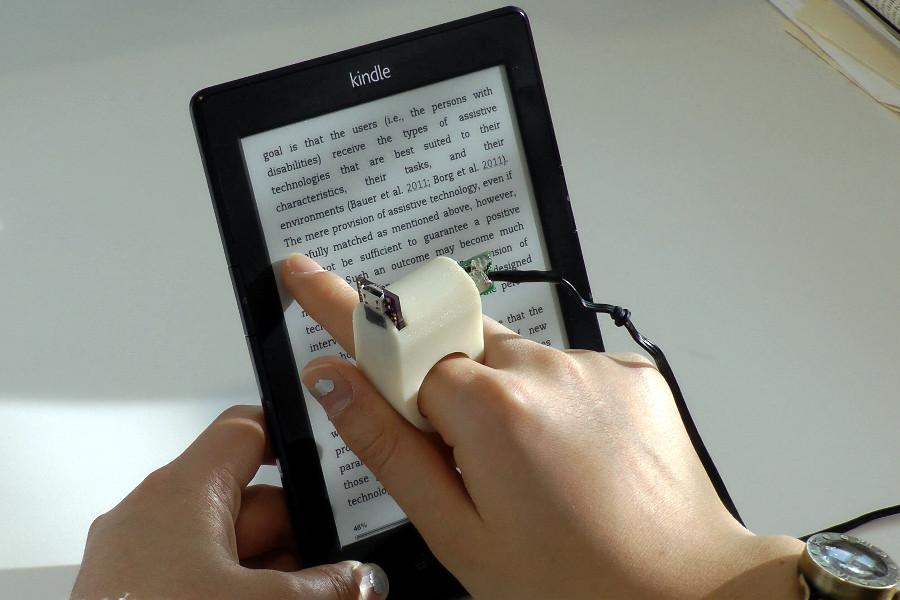 Researchers at MIT’s Media’s Lab have been working on this idea for several years and their final prototype is a device that will help the blind read without learning Braille. Following suit with the recent ‘wearable technology’, the FingerReader is a finger-mounted camera that guides blind people along a line of text while converting the text to audio in real-time.

Pattie Maes, an MIT professor associated with the prototype, says that the FingerReader is the most immediate solution there is to help the visually impaired. There have been similar technologies, but what makes the FingerReader stand out is that it is portable and the only wearable device of its kind.

The FingerReader uses Optical Character Recognition to read lines of text which are then converted to audio by a software installed in the device. However, this is not its most interesting feature. The FingerReader relies on its associated algorithms that guide the user along a line and point out the end of a line. During testing, haptic motors at the top and bottom of the finger which vibrated if the user strayed away from a line. The prototype works only is the FingerReader is connected to a laptop, which basically reads out the text. But the interesting news is that the developers are currently working on an open-source software that will allow the FingerReader to be used on Android devices.

However, the FingerReader does not have uses for the blind only. “Since we started working on this, it really became obvious to us that anyone who needs help with reading can benefit from this,” says Roy Shilkrot, the head developer. “We got many emails and requests from organisations, but also just parents of children with dyslexia, for instance.”

The developers hope that in time they will find investors for the FingerReader and soon release an affordable device for interested customers to buy. 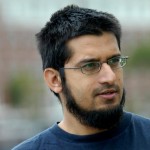 From Florida to Topi: A Returning Fulbright Scholar’s Search for an Academic Position