Rise in Xiaomi Smartphone shipments in Q2 of 2017

Xiaomi has had a great Q1 of 2017 where it has sold around 13 million units. The company is now expected to ship around 20 million units in Q2 of 2017. This difference of 7 million units is an exceptional rise for the Chinese company. Xiaomi has also emerged as one of the leading wearable device manufacturers in the world in Q1 of 2017.

This rise in sales for the company is mainly due to the Indian market where Xiaomi Redmi phones are selling beyond anyone’s expectations. Although the company’s biggest marketplace is still China and will probably remain so for the foreseeable future, rising sales in the Indian market has certainly changed the game for the Chinese company. Due to it being the second largest smartphone market in the world, Xiaomi has worked hard to firmly plant its feet in this emerging Indian market. The fact that flagship phones still don’t do well in India hasn’t dampened the Chinese manufacturer’s efforts of conquering the Indian market.

Xiaomi has also officially launched in Pakistan through Smartlink technologies, its official distribution partner for this whole region.

Pakistan has a huge market of mobile users who are yet to migrate to smartphones. Xiaomi, with its budget yet high spec’d devices and beautiful designs, can tempt Pakistanis into buying its products more quickly than other competitors in the same market segment.

The Xiaomi Mi 6 has also helped the company in increasing its shipments. Additionally, the launch of the Mi Note 3, Mi Mix 2 and the most awaited Xiaomi Mi 6 Plus is also expected to hugely benefit the company.

All in all, Xiaomi has done well in the first quarter and is aiming to do even better in the next quarters of the year. 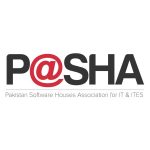 Sindh Government Continues to Drive Away Exports and Employment