Molana Abdul Khabeer, Chairman Ruet-e-Hilal Committee met the Federal Minister of Science & Technology. Both resolved to develop consensus on moon sighting and make efforts to observe Ramzan and celebrate Eid on the same day across the country. The development was announced by the Ministry of Science and Technology in a tweet. Earlier, Fawad Chaudhary had stirred a storm by announcing the date of moon sighting beforehand and inviting criticism from the Chairman of the Rute-e-Hilal committee.

The minister, later on, went on the back foot and clarified that the final announcement for the moon sighting will be made by the committee as per the standard procedure, but stressed that “the foundation of our future depends on science, technology, and education, and we must employ technological innovations for effective decision making.”

Moon sightings in Pakistan have always stirred fiery debates among the various circles of society and the government’s factions. The incumbent government has introduced innovative measures built on the latest technologies for moon sighting in the past.

Still, consensus on a commonly agreed mechanism in this regard couldn’t be established. Some of the measures earlier introduced included a moonsighting app — “The Ruet,” which displays information about the various phases along with the real-time information of the moon and the Islamic Hijri calendar and a website.

Read More: Pakistan gets its first-ever moonsighting app — “The Ruet.” 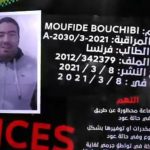