TechJuice > Technology > Pakistan gets its first ever moonsighting app — “The Ruet”

Pakistan gets its first ever moonsighting app — “The Ruet” 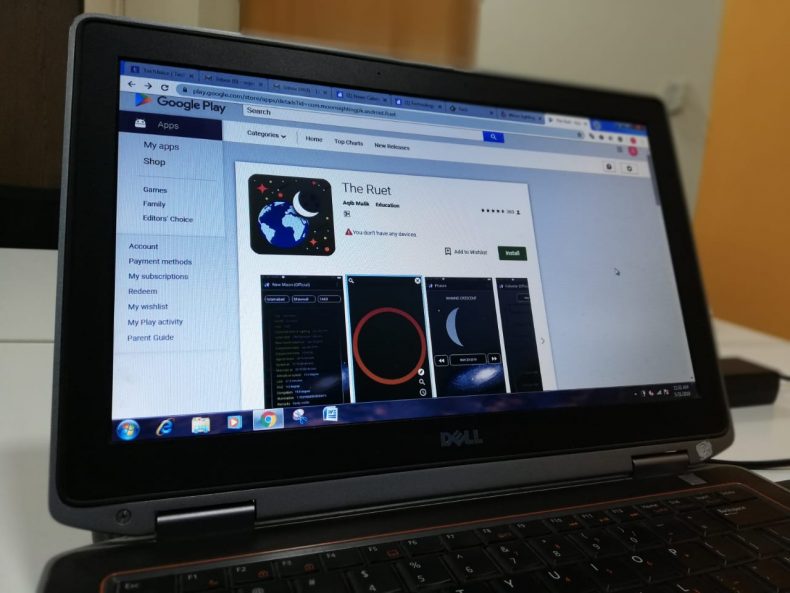 After launching Pakistan’s first official moonsighting website, the Federal Minister for Science and Technology Fawad Ch has also announced the first moonsighting mobile app named “The Ruet” on Thursday. The app displays information about the various phases along with the real-time information of the moon and Islamic Hijri calendar.

The moonsighting app has been named The Ruet after the Ruet-e-Hilal committee, which is the official moonsighting committee in Pakistan responsible for announcing the start of the lunar month. According to the app’s description presented on the Google Play Store, “The Ruet is a utility and information application related to moon and sighting of the moon in Pakistan by the Ministry of Science and Technology.”

Please download https://t.co/1PGTvVLynC on your phone to see Moon #PakMoonsighting.pk

The ministry of science and technology also launched a moonsighting website, pakmoonsighting.pk earlier this week, which was announced by the minister Fawad Ch, in an attempt to end the moonsighting controversy which occurs every year in Pakistan at the start of Islamic events like Eid and Ramadan.

Previously, while talking to a media channel Fawad Ch said that the government is dedicated to launching a mobile app for moonsighting and that the people are formulating conspiracies against Pakistan preventing the country to adopt modern technological equipment. He further added that the government is taking steps to ensure the promotion and projection of modern technology in Pakistan.

Following are the features of The Ruet app, as displayed on the Google store,