Saba Gul – Entrepreneur of the Month 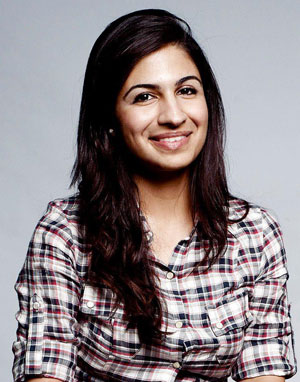 Entrepreneurship is one of the most important pillars in any economy. It accelerates the growth of the country and benefits not only the entrepreneur but becomes a source of employment for many. There are many talented and inspirational people out there who have not only made a name for themselves but helped several others to grow with them. So we have decided to highlight their efforts and bring forth the life of such people through “Entrepreneur of the Month”, bringing you the story of one entrepreneur every month and highlighting their efforts in an attempt to inspire more people to take up entrepreneurship.

Our entrepreneur of this month is Saba Gul

. She is an Entrepreneur working for social good. Saba is an alumnus of MIT from where she got a BS and MS in Computer Science and Economics respectively. She was an MIT public service fellow in Sri Lanka where she worked on project of providing low cost Solar Lightening Systems to Tsunami refugees. She has taught entrepreneurship in universities of Africa. She is a Young Global Shaper at World Economist Forum and a 2012 Finalist of Echoing Green Fellowship. She has worked with Oracle, Inc. and Thompson Reuter in Minneapolis as a software engineer. Moreover, she has designed the curriculum for MIT International Sciences and Technology Initiatives in China. Her works have been recognized by Vogue Magazine, MIT Technology Review and many others including the US State Department where she was invited by Hillary Clinton at an annual dinner as a Young Change-Maker.

Now she is working in Pakistan and helping underprivileged girls through her venture Popinjay, which is rebranded from BLISS. BLISS was initially a non-profit organization where she and her motivated team was providing employment to the unskilled women in Pakistan. It has now launched itself as a profit generating organization so that the products produced compete in a highly competitive consumer market of fashion industry where quality and demand fulfillment can take flight and bring more revenue. Being a nonprofit organization adversely affected the venture. However, as a Corporate Social Responsibility (CSR) BLISS continues to hire unskilled women and train them to earn a livelihood for themselves.

Bliss now rebranded to Popinjay has brought those girls to school who, previously, used to work continuously for 14 to 15 hours a day on carpet looms, which left no time for them to play or socialize or go to school, the last being most important. These girls are now trained to do fine embroidery and the embroidered fabric is then used to make high quality handbags which are sold in international markets. The profits generated from these bags help keep the girls continue their education in schools and also utilized to teach and train them. This venture has increased the hourly income of the girls by 60% and the program has made the girls more confident and financially more stable. The girls are trained not only to increase their earning potential but ultimately set up their own community based social enterprises so they can raise themselves, their families and inspire women around them to feel more empowered.

Saba is definitely a change maker. Beyond an entrepreneur she is a symbol of hope for a better life and better future for millions of such underprivileged girls in Pakistan.

Despite all the gloom around, there are some people which are unlike any other. They are just working for a better Pakistan, a stronger Pakistan. Hats Off to Saba!

is an economist and loves reading especially about entrepreneurship and the startup scene in Pakistan. She writes about technology, startups and entrepreneurship. Profile 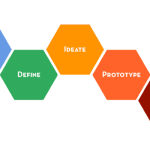