Samsung is going to launch its new Galaxy, the S9 flagship next week with the more advanced feature as per rumors, but the question still not addressed is whether the new features would be innovative and unique as well, or just a mimic of Apple this time too.

After seeing the ad which Samsung released in the last November, we can clearly saw the comparison between two mobile brands, while Samsung has tried to be more original of its brand. Samsung clearly has shown itself the sole owner of inventions of waterproof phones and good unique featured cameras etc.

According to rumors, Samsung Galaxy S9 is coming up with the more advanced 3D emoji function with the help of facial recognition system, quite similar to iPhone X’s Animoji feature and secondly, it will have a more improvised camera. Precisely, if you can say iPhone X already have these features, the teaser of the S9 phone which Korean Company released earlier this month shows that they are focusing more on the camera.

As per T-mobile Salesman, “Selfies and Animojis” are a selling point of iPhone X. While companies are still trying to beat and copy each other in advancement, users are more than happy to have more choices both in iOS and Andriod.

Samsung Galaxy S9 is expected to be launched on February 25 this year, maybe Samsung comes up with other features like a virtual fingerprint reader, big screen or a more advanced unlocking tool and an iris Scanner. Till then we know that soon we have 3D emoji feature option in Android.

Meanwhile, if you wish to know more about the upcoming beasts of Samsung, click the link to see all articles. 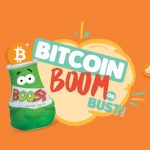 Earn Bitcoins for buying juice in this country