TechJuice > Mobile > Samsung unveils budget-centric Galaxy A30 and A50 with infinity-U display and 4,000mAh battery

Samsung unveils budget-centric Galaxy A30 and A50 with infinity-U display and 4,000mAh battery 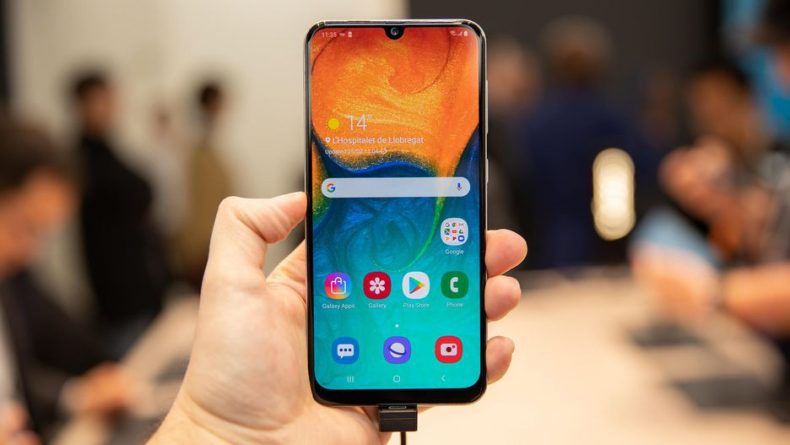 The South Korean tech giant, Samsung has lost a lot of ground in most of the developing markets in the last two years because the company has failed to provide budget-friendly smartphones for average consumers. As of now, it appears that Samsung is trying to compete with other Android-powered manufacturers as the company has recently unveiled two budget-centric smartphones.

Samsung has just launched Galaxy A30 and Galaxy A50 initially for some Asian markets including China and India. Both of the devices offer amazing quality like infinity-U displays, large batteries, and new chipsets in a decent price range.

Both Galaxy A30 and A50 features a new Prism design with a lot of 3D rounded edges and smooth lines to give a modernistic look. Both devices have a 6.4-inch FHD+ Super AMOLED display with a waterdrop cutout at the top. However, Galaxy A5 comes with a fingerprint scanner mounted in the display, whereas A30 has a conventional fingerprint scanning option on the rear side of the phone.

Both of the phones have 4000mAh batteries and charge over USB-C. Galaxy A50, as well as Galaxy A30, can support a MicroSD card of up to 512GB. Additionally, both devices are running on Samsung’s One UI based on Android 9.0 Pie. 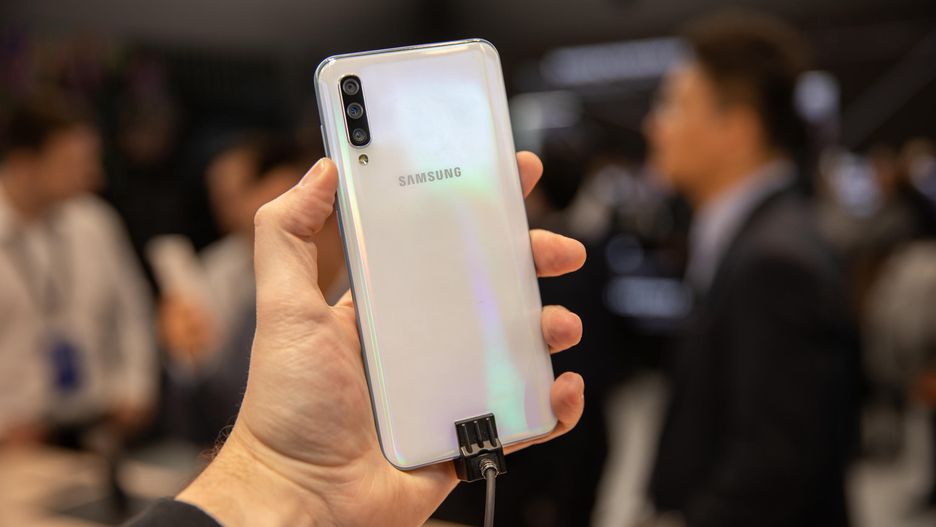 As for the Galaxy A50, you get the 10nm Exynos 9610 chipset that has four Cortex A73 cores for processing more efficiently. The phone comes with tipple rear camera setup with a 25MP primary sensor along with an 8MP wide-angle lens and a 5MP depth sensor. Whereas, the front camera of the device is of 25MP. The phone is currently available in two variants i.e. 4GB/64GB and 6GB/64GB — RAM/ROM arrangement.

Under the hood, the Galaxy A30 features an Exynos 7904 chipset, 4GB of RAM and 64GB of storage, dual 16MP + 5MP cameras on the rear, and a 16MP front camera with face recognition technology. 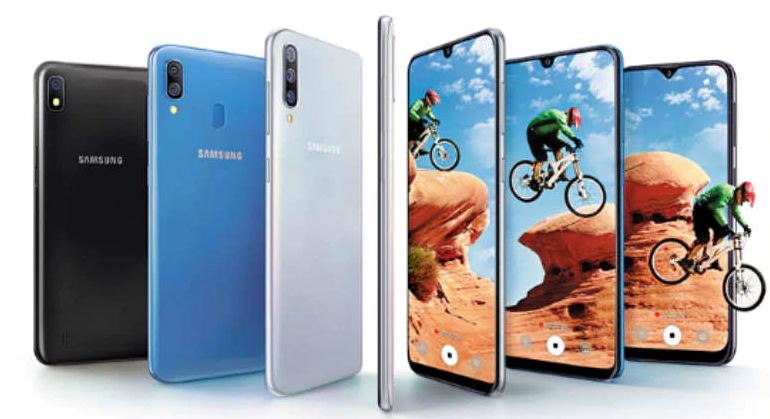 As for the pricing and availability, the phones are currently exclusively launched for India and China but we are hopeful that these mid-range devices will make their debut in Pakistan before the first week of April. The 4GB/64GB variant of Galaxy A50 is set to retail for $280, whereas the 6GB/64GB Galaxy A5 variant will cost around $325. The other budget-friendly Galaxy A30 will cost around $240. Both phones are most likely to be available in retail stores in Black, Blue and White color options.