Samsung Galaxy A3 2017 review: Runt of the litter 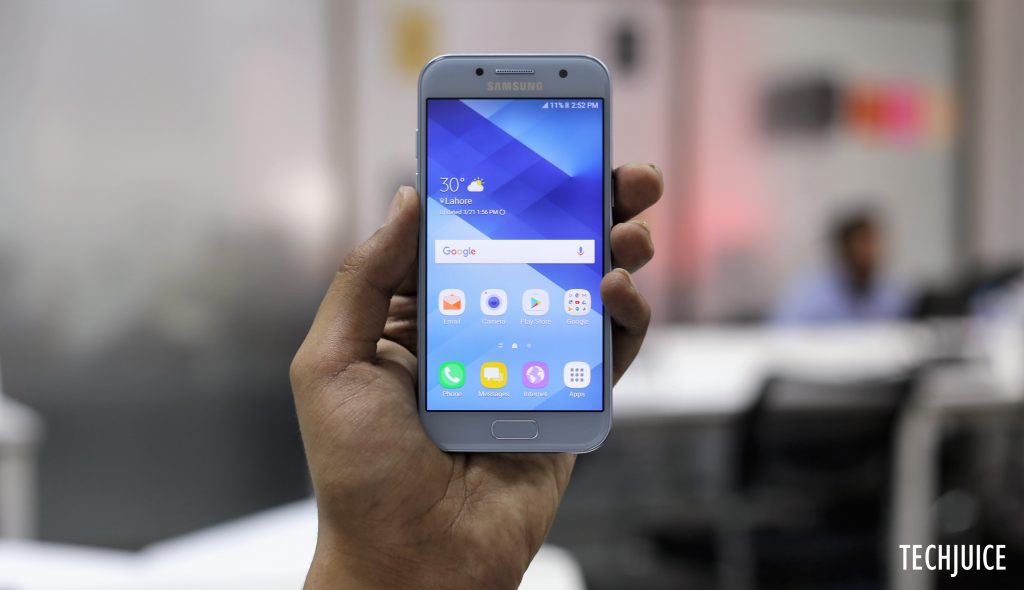 It is that time of the year again. Sun is starting to show its face a bit more, birds are migrating to cooler regions, ice caps are melting and Samsung is releasing a newer version in an existing series. All of the things have something in common. They are sure to happen every year. And like all the other things on this list, Samsung releasing a new phone is not necessarily a bad thing. With a few changes here and there, Samsung is further improving the A series of its Android smartphones. We have already taken a look at the bigger siblings, A7 and A5. You can read about them here (A7 review) and here (A5 review). Now this Samsung Galaxy A3 2017 review will help you decide if it’s worth investing your time and money on this device. 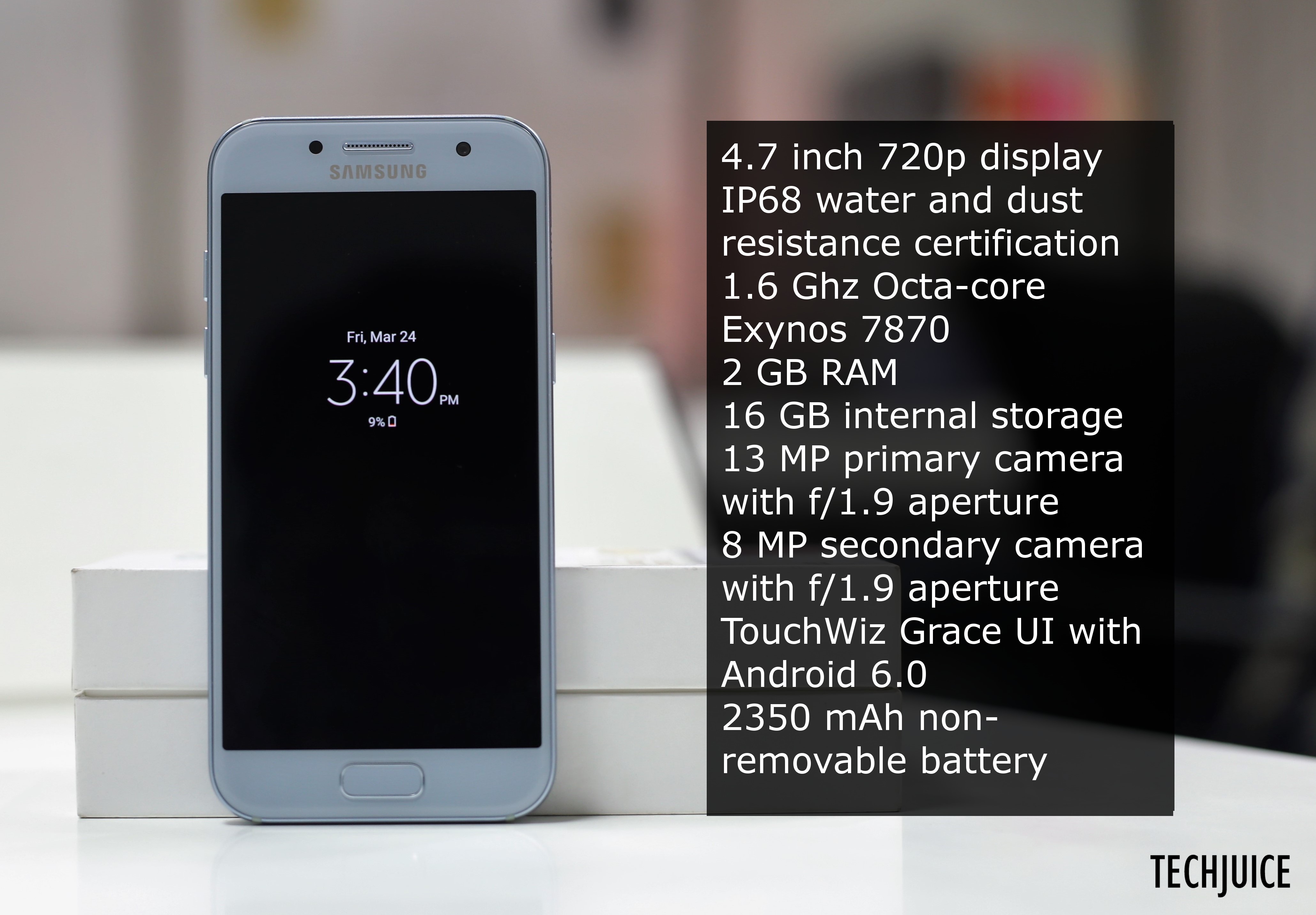 Before we go into the in depth review, here are some good and bad points of Samsung Galaxy A3 2017.

Here are some good points of Samsung Galaxy A3 2017:

Samsung is never known to be the most proficient in providing every tool to its users. But it does provide a fair share of accessories with Samsung Galaxy A3 2017. In addition to the device, here’s what you get in the box: 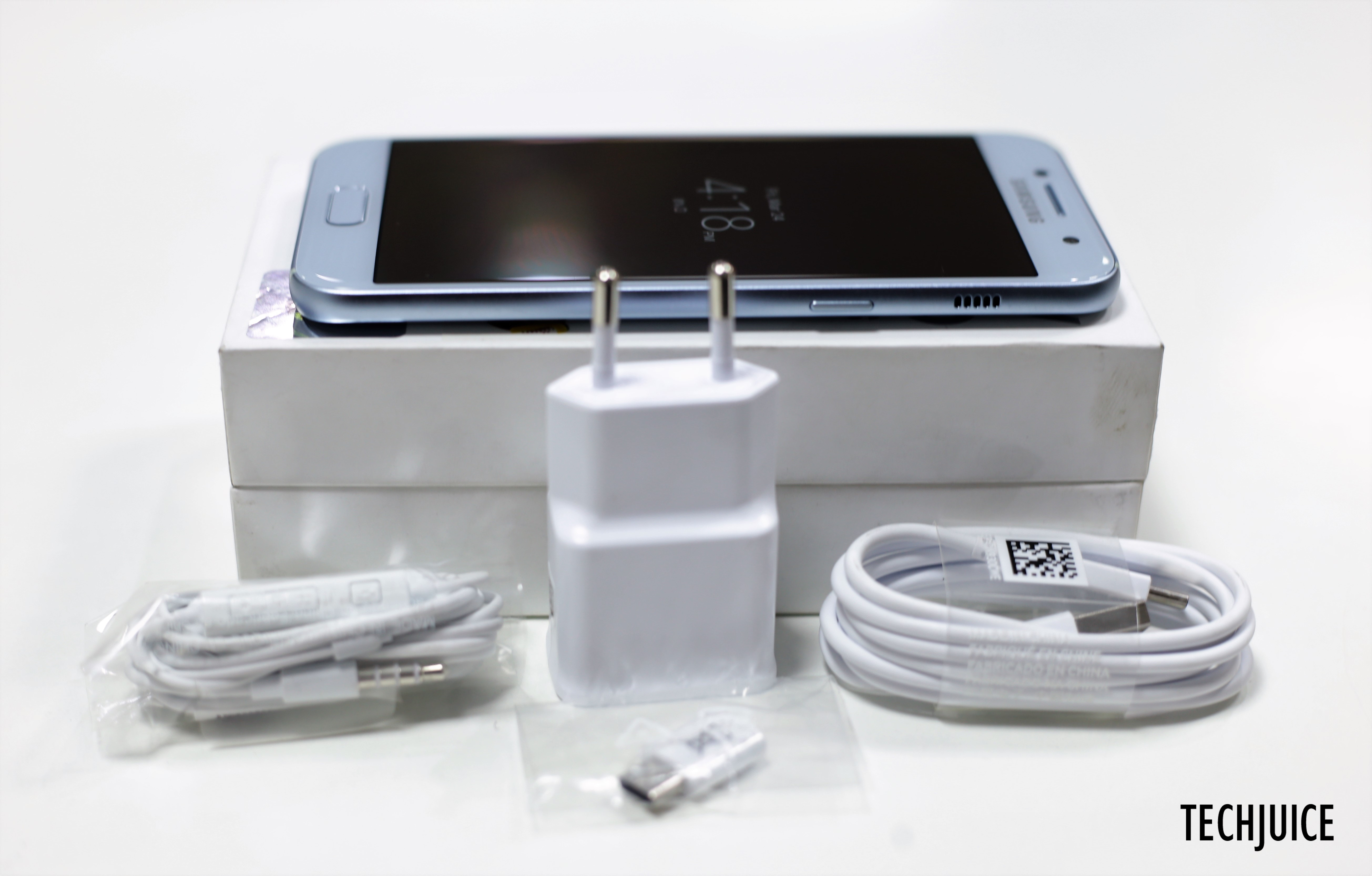 Similar to its other two siblings, A3 is also not shy to flaunt its good design. With glass on both sides and a slight curve on the sides at back, it has an extremely attractive and premium look. But all of this comes at a cost — durability. As is the case with its elder brothers, A3 is very susceptible to fingerprints and scratches. I spent a major of my time using it by cleaning the back off with a piece of cloth. So if you plan to buy this device, and don’t want to go crazy with this concern, make sure to buy a protective case along with it.

Note: Samsung is providing a free Neon flip cover along with retail units. I didn’t receive one with the review unit so it is not possible for me to claim that it will provide sufficient protection to A3 2017. 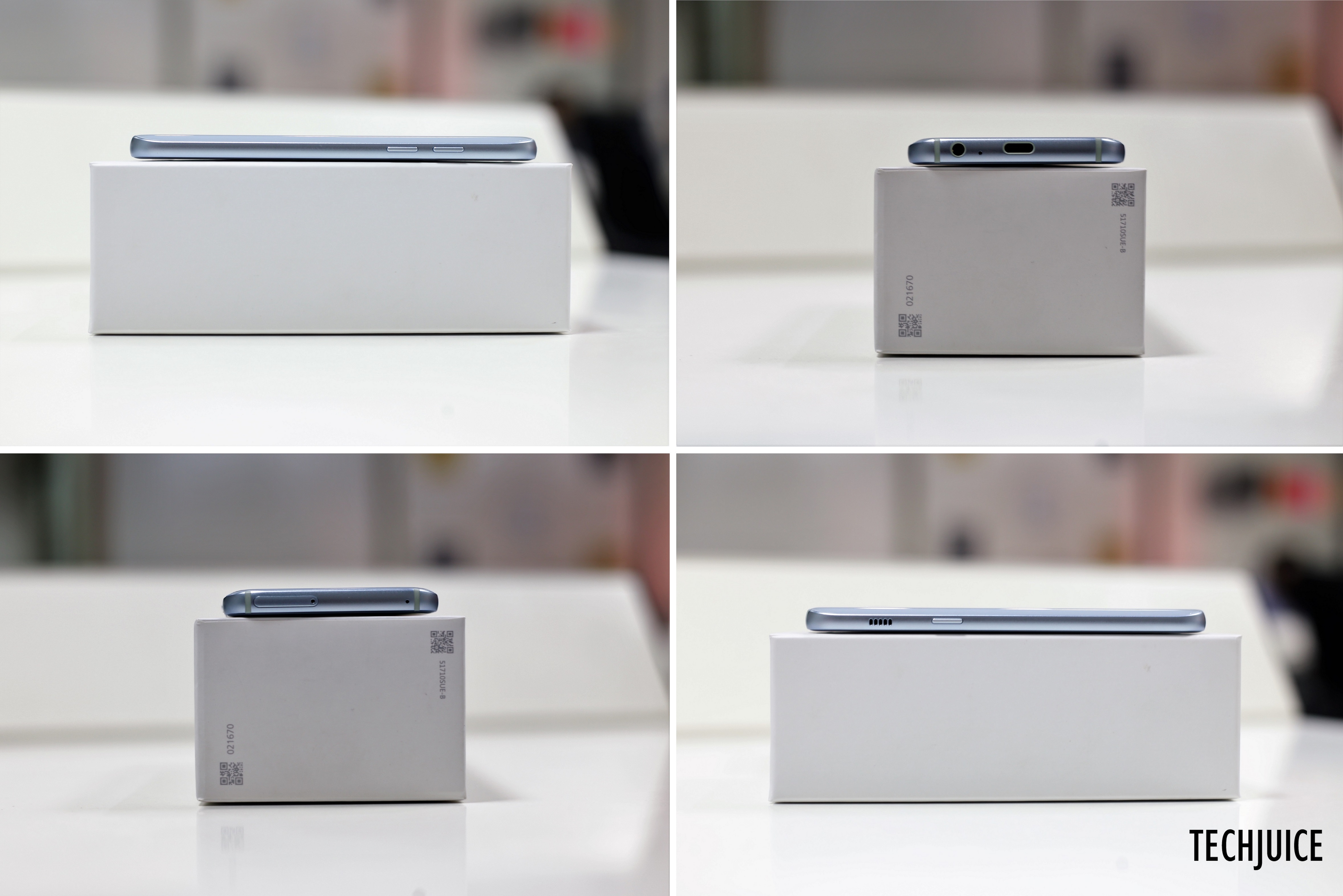 A3 2017, like all other 2017 A series devices, has IP68 water and dust resistance certification. This means that it can be submerged in 3-meter deep water for about 30 minutes and the device should work perfectly fine. Most users, however, are not going to subject their new and pricey phone to these extreme conditions. So to simulate a normal use case scenario, a typical monsoon downpour, I kept the phone under a showerhead for about 10 minutes. As expected, the device functioned normally after going through this ordeal.

Galaxy A3 2017 rocks the new TouchWiz Grace UI which debuted last year. It hasn’t got the Nougat update yet, but considering that older devices have started receiving the update, it should be right around the corner. Before going further, let me clarify that I am a big fan of stock Android, so I generally don’t like manufacturers and ROMs which try to change stuff just for the sake of it. But Samsung, in the process of taking every aspect of stock Android and making it their own, has introduced a number of useful features which make the whole experience much more enjoyable.

There are also some other minor features which users will probably use much more. There is a device maintenance feature which keeps track of possible issues which can cause performance to suffer. It monitors resource intensive applications and closes any unnecessary service which is running in the background. Samsung has also included a theme store to help users easily tweak the feel and look of the device.

Other features include a game mode to increase performance while playing resource intensive 3D games, smart call, smart alert, smart stay and a whole bunch of other smart stuff.

Unlike the Samsung Galaxy A7 and A5, A3 has an Exynos 7870 processor. It has been clocked at 1.6 GHz and is a bit less powerful as compared to Exynos 7880. But coupled with a 720p screen instead of a 1080p one, there is no noticeable difference between it and the other two 2017 A series devices. This means that With Samsung’s excellent process and RAM management, things always remain buttery smooth. I haven’t really faced any slowdowns or crashes while using this phone. Games do load a bit slower, and graphic intensive games might take a hit in the FPS department a bit, but mostly the smartphone performs adequately under normal usage. 2 GB RAM might be a concern for some customers, but it performs perfectly well in most conditions.

But similar to other A series devices, A3 is also grossly overpriced for what it has to offer. Coming at a retail price of 37K Pakistani Rupees (North of $350), expectations amount to a little bit more with this device.

Samsung is known for its good displays, so assuming that a phone by Samsung will have excellent screen is no rocket science. Thankfully this assumption holds for A3 2017 too. The 720p AMOLED screen is perfectly fine with good color contrast, great outdoor visibility and more than enough pixel density.

Samsung devices have always excelled at providing good cameras. Arguably, Samsung makes the best camera phones in the world. A3 2017, thankfully, does not disappoint in this department either. With the 13 MP camera at the back of the device, A3 provides good color and details with the all the pictures taken. Although, like its bigger brothers, it does suffer from occasional blurriness due to lack of image stabilization. But most of the time pictures come out good with minimal noise. It doesn’t drop the ball with night time photos either, so it is a well-rounded package overall.

The front camera is 8 MP in resolution and offers a pretty good experience overall. It does suffer from occasional out of focus pictures but that can be expected from any fixed focus front camera. Overall the camera experience is satisfactory according to my criteria.

Concluding the Samsung Galaxy A3 2017 review

If you have read my reviews of other two A series devices, you might be aware that the biggest thing which irks me as I recommend these phones to someone is their prices. Unfortunately, things do not get better as we go down the spiral. A3 is currently priced at 37K Pakistani Rupees, which is well over what should be devices of such features and specifications should be worth of. Its high price makes other competitors like Huawei, Xiaomi, and Infinix stand a bit taller when viewed beside the A3 2017. If you are ready to fizzle out the cash and want to invest in Samsung’s brand, then go ahead and buy this device. But if you prefer to not spend and a lot of money, you should probably search around the market for cheaper devices with approximately the same feature set. 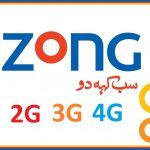