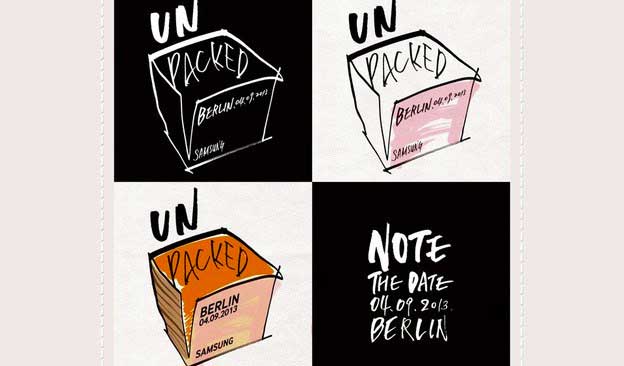 It’s a trend in every company that they launch the next versions of their popular smart phones annually. Today was the launch of the most anticipated device in smartphone history; yes we are talking about the latest and greatest Samsung Galaxy Note 3. Samsung’s Note 3 event “Samsung Unpacked 2013 episode 2” was undoubtedly the most exciting event related to smartphones. It was full of surprises because Samsung unveiled 3 devices. We are going to compile all the details Samsung announced right here. Lets discuss the event first. This year has been filled with great smart phones and surprises like Moto X, Galaxy S4, HTC One and now finally Note 3. The Samsung Unpacked 2013 Episode 1 launched Galaxy S4 and Episode 2 launched Note 3. It gave a teaser saying ‘Time to take a note’. The event had such an amazing start; it started with an orchestra playing a wonderful melody. They talked about how they got the inspiration of starting the Note series saying, “Every brilliant idea starts with a pen and notebook”. They launched 3 new devices Note 3, Galaxy Gear and Note 10.1 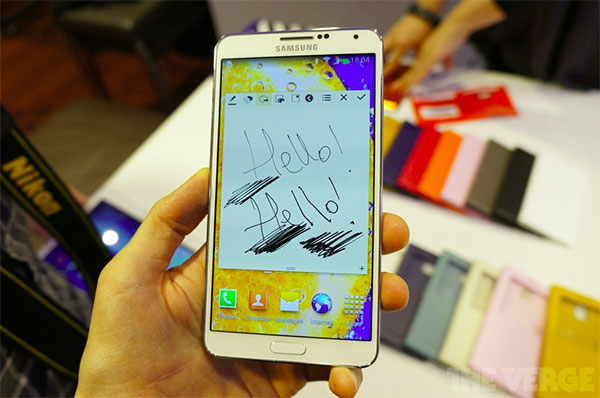 After countless rumors Samsung finally launched the Note 3 and it has truly lived the expectations. The Galaxy Note 3 is Slimmer, Lighter, Faster and Longer. It weights just 168g and finally after so long they made some improvements in the design Note 3 has a beautifully designed Leather stitched back which you can change later with different colors and design this gives a lot of customization and a personal touch. The S Pen has been improved as well it completely changes the Note experience. The camera has been massively improved it’s a 13 megapixel camera which can take low light photos because it is equipped with many stabilizing apps to capture the greatest memories and it comes with Android 4.3. The note 3 will be available word wide in October. Lets see the improvements, features and Specifications of Note 3.

Samsung Galaxy Note 3 has a sleek display of 5.7 inch, which gives more space to use S Pen. The phone itself is very smart but the smartest feature of the phone is in the display. You can use the S Pen to do all most every important task of your everyday life on the display. Taking notes has never been more easier you can just start writing with the S Pen on the display and Note 3 will automatically save it and even understand the content you are writing for example if you write a name along with a phone number the phone can understand that and it will give you the option to save the number with the text without writing the name and number again this is more time saving and a bit fun too. The greatest display feature is that you can connect two or more Note 3 to get even bigger display.

Samsung Galaxy Note 3 is the first device to come with 3 GB of RAM; this gives the best multitasking experience. Samsung said that the Note 3 with its greater RAM could take multitasking to the next level because they have made multitasking even smarter now. We all loved the multitasking capabilities of Samsung like opening different windows of apps on big screens but how did they make it better? You will be impressed because you can open different windows with more options now, like if you are texting different people at the same time you won’t have to switch between layouts now you can open different windows to chat easily with more and more people at the same time. You can optimize the screen size you want to give to other windows like if you are in a Math class and you want to take notes and do calculations at the same time you can open a small section of the screen to do calculations. This is a breakthrough in multitasking. The phone has a tremendous 3,200 mAh battery which can last long and the overall speed of the phone is faster than any other smart phone because the phone is powered by a 2.3 GHz quad core processor and you can get a 1.3 GHz octacore processor as well.

The most essential part of Samsung Galaxy Note 3 is the S Pen. It has the capabilities of making every thing simpler we already mention taking notes but it has many more amazing features as well. Samsung said that it acts on 3 things “Dot, Circle and Box”. When you hover the S Pen over the screen it shows a dot on the screen and if you press it, it will give you a group of different options like making a memo, copying the content, saving as a screen shot and sharing with friends. All the content you save will be organized in a circle layout. The Box is to represent the sharing capabilities of your content; the phone will open a box with list of apps to which you can share like Facebook and Twitter. Every thing you have in your phone is saved in a magazine like interface. This magazine has the ability to show you your Facebook updates, tweets and even RSS feed from your favorite websites. Apps like path, Pinterest and Flipboard will be supported to show their content on your magazine so you can get all your important updates in one place.

Samsun Knox is the best in class smart phone security system. It can secure your files from hacking and malwares. It also saves your files in its own system so you can get a backup if you loose your files. Samsung claims that this is a must have feature for entrepreneurs and businessmen. 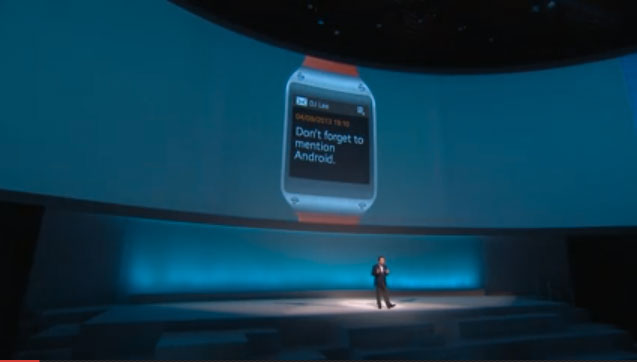 Samsung claims that this is the feature of technology; Galaxy Gear is a wearable watch with all your favorite phone features. It is full of sensors and it is always connected to your Galaxy device. You can make hands free calls and send texts. The band of the Galaxy Gear has been engineered to meet your needs; it has a microphone so you can make calls easily, S Voice so you can perform tasks just by speaking to it, camera on the wristband to take photos and it makes videos as well. The sides of the Galaxy Gear are made of stainless steal so it can look elegant all the time and it has a display of 1.63 inches the screen is a super-Amoled screen. It has a long lasting battery, which can last for more than 25 hours of high usage. An 800 MHz single core processor powers all of this. Galaxy Gear is connected to your Galaxy Device this means that your phone will detect that you are using Galaxy Gear and it will function according to it for example if you get a notification you will see it on your Galaxy Gear and then if you instantly open your Galaxy device it will open the same app there as well. Galaxy Gear can give you navigation, texts, calls, News and Social updates and apps are specially designed to run on Galaxy Gear. All the apps available for Galaxy gear will be available in Gear App Store. 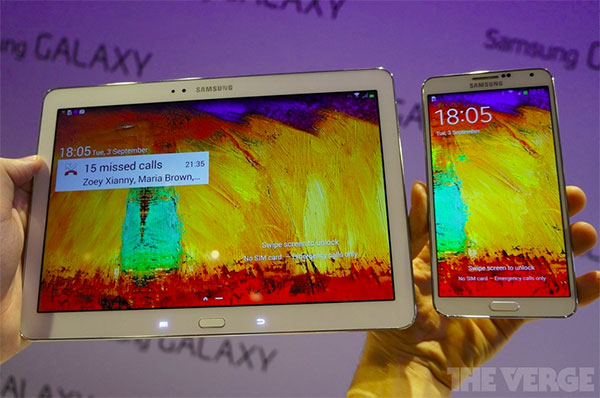 The last device introduced by Samsung in this event is the Galaxy Note 10.1 2014 edition. It has all the features of Note 3 and it gives the same experience of Note 3 but on a bigger screen. Its 7.9 mm thick and it has the biggest 8200 mAh battery. Just like the Note 3 it comes in either 2.3 GHz Quad core or 1.3 GHz Octa core with 3 GB of RAM. Galaxy Note 10.1 has the greatest viewing experience because it has a remarkable resolution of 2560×1600 that’s Ultra High Definition. You can get a back camera of 8 MP and a front camera of 2 MP with the Note 10.1, it comes with the latest version of Android 4.3. 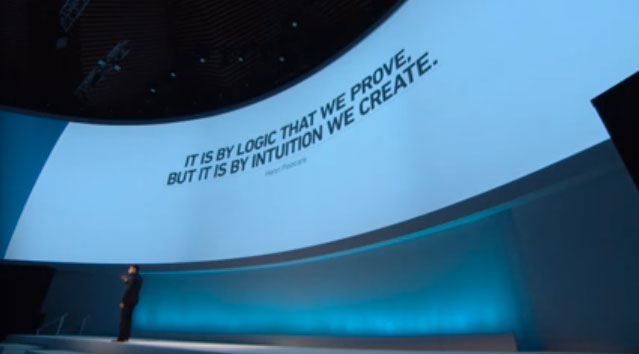