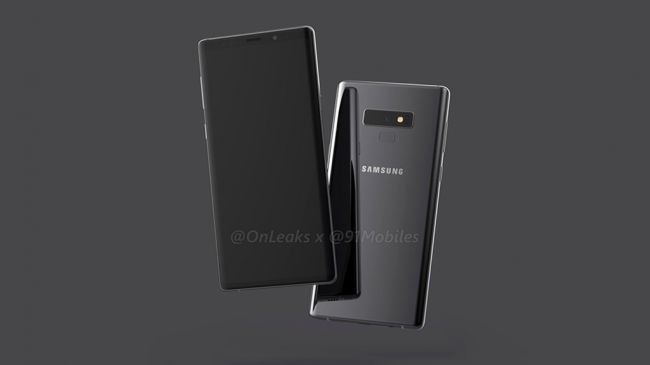 Just recently, a new leak from 91Mobiles and OnLeaks has emerged, showing the 3D renders of the upcoming flagship from the Korean giant, Samsung Galaxy Note 9. Earlier, a leak of the same device came out as a disappointment among fans as it presented similar look to Samsung Note 8. Unfortunately, these renders also back up the previous leak as the images and the video both showcase a not much-changed design.

Samsung Galaxy Note 9, expected to roll out on August 9, apparently follows the same plan as Samsung Galaxy S9 with both being a minor upgrade to their previous models in terms of appearance. For Note 9, as per the renders, the only changes are with its backside. The horizontally oriented fingerprint scanner is now changed to a vertical one and has been positioned right below the camera-setup, similar to what happened with S9. 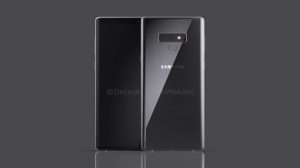 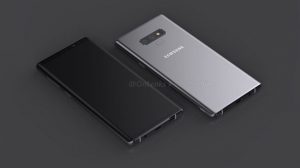 In past, there have been many rumors about the next Note smartphone to sport an in-screen fingerprint scanner along with triple rear camera-setup. However, these new renders have put these expectations to rest as it clearly exhibits only dual cameras on the back. Moreover, the presence of the fingerprint sensor makes the previous speculation true that Note 9 wouldn’t be featuring an under-glass fingerprint scanner.

All aside, there seems to be no notch on the smartphone and thankfully, the headphone jack remains right where it belongs.

It must be noted that this is a leaked render and has a fair possibility of being partially or even entirely inaccurate. But judging from OnLeaks’ past leaked renders, the following 360 video of Samsung Galaxy Note 9 could also be true.

Do you like the new design of Galaxy Note 9? Let us know down in the comments. For more news on technology, keep following TechJuice.