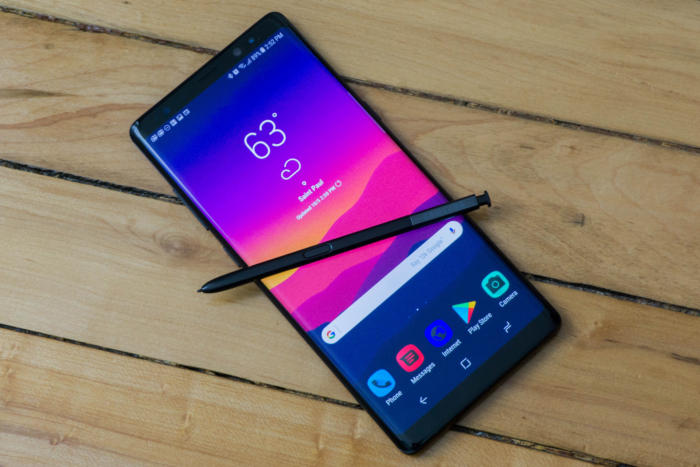 Samsung has announced a launch date for one of its flagship phones Galaxy Note 9. The much-anticipated phone will be launched on August 9th.

According to Bloomberg, Galaxy Note 9 is to be launched two weeks earlier than the Galaxy Note 8 was released last year. Previously, it was reported that the phone might arrive in July but a recent report by Korean publication The Bell revealed that phone might be delayed a couple of weeks in order to make last-minute design changes.

Bloomberg says the company plans to make the phone available on sale by the end of August, but that those plans might change. Other rumors also circulating about the Galaxy Note 9 that it may have the same look as Galaxy Note 8 have, the fingerprint sensor inside the screen would be absent and it will have a better Samsung voice assistant Bixby.

Talking about the features of the phone, Galaxy Note 9 is expected to bring many big surprises, as we have been seeing in leaks and rumors for quite a while now. People have great expectations on hardware sides like the rumored 8GB RAM and 512GB storage, as well as software front — the upgraded AI-powered virtual assistant, Bixby, which is indeed affirmed by the company. The phone is coming with dual-rear cameras in the Note 9 like it went in last year’s Galaxy Note 8. Another surprising element is the presence of the 3.5mm headphone port, which most of Samsung’s rivals have started.

Are you excited about the Samsung’s flagship Galaxy Note 9? Let us know in the comments section below.