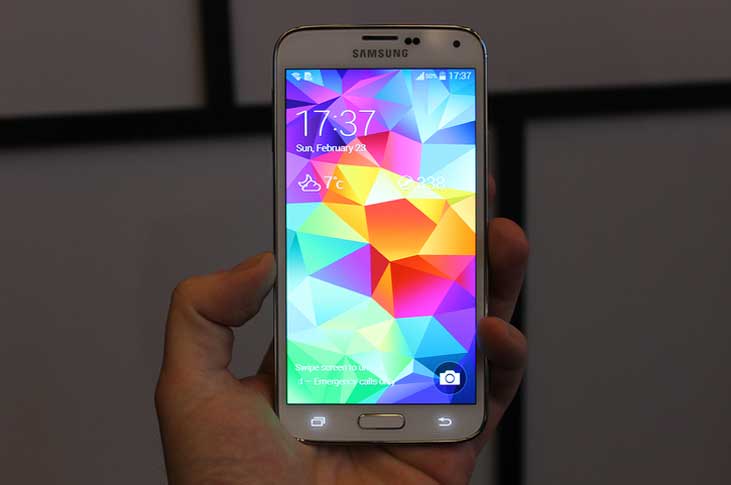 Samsung is an Android Giant. From budget phones to high-end user devices, Samsung is a top contender and the Galaxy Range produces top of the line phones. It has been a while since Galaxy Note 3 was released and since then other manufacturers have seen a good game, especially Huawei and LG. Today is the day Samsung will finally unveil its next Galaxy device, Samsung Galaxy S5. The official release is expected at 20:00 CET (00:00 PST) and the tech lovers all over the world can’t wait to see what Samsung will bring to Android lovers. 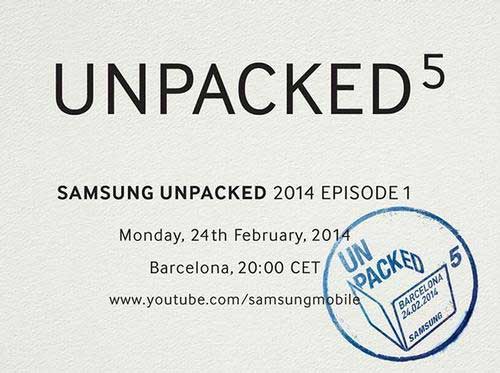 However, you don’t have to wait that long to find out more about S5! We have gathered top rumors from some of the best sources to give you a good idea of what you should expect from today’s release. The main hints we have accumulated till now hint at a staggeringly high resolution: we are taking a 2560×1440 display with a size that could be as big as 5.3 inches! Whether Samsung is going to keep the Super AMOLED display or not is something we are not sure about but you are not getting any flexible display with this phone. To add to this giant, there is 3000mAh battery and a 16 megapixel camera. We may also be talking about a fingerprint scanner like in iPhone 5S and 64 bit architecture using Exynos Processor with 3-4GB of RAM. The teaser video also suggests a waterproof phone.

The Touch-wiz is probably staying! Sure, we saw some interesting changes to the interface that Samsung loads up on Android and that is an interesting aspect, but Samsung is keeping the launcher. Inbuilt support for video conference and possible a life-logging diary are just some of the rumors we have heard.

The cherry on the cake is Galaxy Gear 2 and these smart watches won’t support Android. Yes, you heard right: Samsung is shifting to Tizen OS. Could this hint at a Google vs Samsung rivalry? Is Samsung testing greener pastures? We will find out today.

The more interesting question that is bothering analysts is the lack of interest in the new device. Forbes for example provides data to show that compared to S4, there is a decrease in people who are interested in the device. Another observation is that developed markets are more or less saturated with smartphones, and increments in new devices may fail to attract buyers’ interest. In such an era, is Nokia better off focusing on cheap alternatives to Smartphones? The new Nokia X will cost less than Moto G! Then there is also Firefox phone which will cost around $25 to make. It remains to be seen whether Samsung S5 can make the difference. Tune in later today to hear about Samsung’s latest flagship device, the S5! 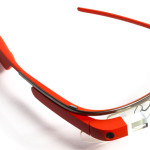 Some NoteWorthy Innovations At Google