There have been a number of announcements regarding wireless earbuds this year. The most important of these, though, was made by Samsung with the announcement of its Gear IconX. The IconX are the first-ever truly wireless earphones announced by a leading manufacturer. However, in many ways, they resemble the earphones launched by newer startups such as Bragi.

The Gear IconX can connect wirelessly with your smartphone. Also, the two earbuds have no wires between them i.e. they are completely independent of each other. These earphones come with a pill-shaped container that can charge these earphones to up to two full charges. This is important because the battery life of wireless earphones, generally, is poor and this applies to the IconX too.

Another notable feature of the IconX is that they have a built in internal memory of 4 GB. This means that you can playback music directly from the earphones! To control music playback, you tap and swipe on the earbud to change tracks, navigate through music, or change volume.

According to Samsung, if you play stream music from your smartphone, the earphones will give you up to 1.5 hours of battery life, and if you play music directly from the earphone’s internal memory, you will get up to 3.5 hours.

Finally, Samsung says that these are not just ‘ordinary wireless earphones’ but fitness devices as well. This is because the Gear IconX has built-in sensors to monitor your heart-rate, movement, and distance traveled – just like a wristband fitness tracker. All data is synced up with Samsung’s S-Health app to keep a record of your fitness. 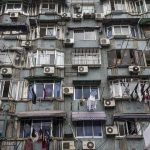