Samsung introduces its very own font for all its devices, SamsungOne

Samsung has unveiled its very own font, the SamsungOne font, that will be used across all products by the technology giant in the future. This new font will become Samsung’s typeface that will give a universal visual to all of the company’s products from smartphones to watches to even refrigerators.

The SamsungOne has font has been designed for keeping their entire portfolio of electronics consistent. It is expected that the font will also be used in future advertisements and marketing stunts as well. To accommodate the international reach of Samsung, the SamsungOne font family will have over 25,000 characters from over 400 different languages! In contrast to the SamsungOne typeface, Google has Roboto, Apple has San Francisco, and Microsoft has Segoe*.

According to Samsung, the SamsungOne font will be balanced, universal, scalable, durable, and human. This is a long list of claims that Samsung is making about its new typeface but one thing is for sure, it has told that everything Samsung from now on will be based on the SamsungOne font, a typeface different from all others.

Here is a comparison between Google’s Roboto font and Samsung’s SamsungOne font, as seen at The Verge:

There are rumors suggesting that this new Samsung font will be featured on the Galaxy Note 7 to be announced on next week (and will follow all products and advertisements after that). However, there is no official word on this from Samsung, as of yet.

*Note: The Segoe has not been developed by Microsoft but it is used across all Microsoft hardware and software including Windows. 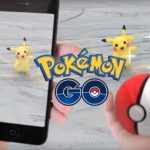 The company that made Pokemon Go is now worth $3.65 billion