Samsung is working on the brand new Galaxy Space. Here’s what that is

As if foldable smartphones and 5G-enabled devices weren’t enough, Samsung is apparently gearing up to introduce the world to a completely different device. Interestingly enough, it is still not clear what that device is going to be, but we have plenty of reason to believe that it is a 2-in-1 laptop.

According to the information leaked by processor benchmark platform Geekbench, Samsung has a Windows device in the works that it has termed as the ‘Galaxy Space’. The leak reveals that the enigmatic piece of hardware is running Windows 10 and possesses 8GB worth of memory. Furthermore, the device also consists of an 8-core processor which features a baseline clock speed of 2.84 GHz.

The trouble is, this is all the hardware information that the leak has given us therefore we still can’t say for certain what kind of device the Galaxy Space is going to be. However, it is very likely that the South Korean tech giant has a convertible laptop of some kind that runs on a Qualcomm Snapdragon chip.

According to Windows Latest, the source that observed this development in the first place, the single-core and multi-core Geekbench scores for this mystery device are similar to those achieved by the Samsung Galaxy Book 2, a 2-in-1 notebook that hosts a Qualcomm Snapdragon 850 chip with four out of its eight cores running at 2.9 GHz.

Of course, in spite of the uncanny resemblance here, this is pure speculation. It could literally be any device, and we wouldn’t know until it hits the market, assuming that it is indeed in the works, that is. Windows Latest even suggests that this device could be a kind of Windows Mixed Reality Headset. And while that’s unlikely, given how such headsets are suffering from poor sales, it speaks volumes about the absurd number of possibilities for Samsung’s upcoming device. 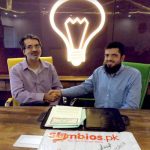