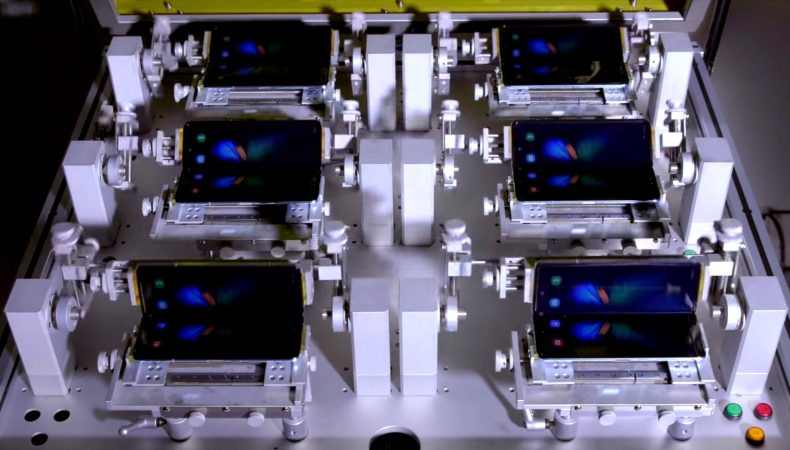 2019 has been a grand year so far for Samsung, and one of the highlights of the world of smartphone technology has been the South Korean manufacturer’s foldable phone. Naturally, once the initial hype died down, the masses started wondering about the device’s durability and functionality, which has finally prompted Samsung to reveal more about how the phone’s bending mechanism works in a new video.

Released on Wednesday, the video features an oddly alluring show of Galaxy Fold smartphones being folded and unfolded continuously by the company’s stress-testing robots. The phone screens are quick to turn on and the overall folding process appears smooth. Furthermore, Samsung promises that the Galaxy Fold will be able to “outlast 200,000 folds and unfolds”, which amounts to around five years of usage assuming you fold it 100 times a day.

However, the touched-up Samsung-produced video fails to address two considerable problems associated with the phone’s functionality: the display crease when the device is unfolded, and the gap when its folded.

When the device is folded, its two parts rest at an 85-degree angle from each other, which means that the display won’t be completely flat when the folded device is placed on a tabletop or any other flat surface. While a display crease is not immediately clear in the video, it is something that early users have complained about.

Of course, while these design problems need to be solved in order to improve the device aesthetics and ultimately the overall user experience, they should not detract from the fact that thanks to the innovative leaps and bounds companies like Samsung are taking, the world is finally getting to experience foldable smartphone technology in all its glory.