I recently did a piece on why I think the cheaper trim of the upcoming 2018 iPhone isn’t going to fare well. Well, a survey conducted by 9to5Mac just confirmed my opinion. The survey asked people which 2018 iPhone they’re looking forward to the most and surprisingly people opted for none more the cheaper trim.

In the previous article, details of the upcoming cheap trim of the iPhone were talked about in detail. The cheaper trim, which has a 6-inch LED display is expected to retail between $550 and $800. In my opinion, the LED in this trim goes against Apple’s commitment to quality considering the trend of Apple using OLEDs in its flagship models. Moreover, the overall specs of the phone don’t go along with Apple’s usual quality standards as well, which is a huge let down for customers.

As opposed to the cheap trim, the other two models, the iPhone X Plus and X2 continue Apple’s legacy of high-grade, high-quality products. The upcoming iPhone X2 is expected to be similar to the original iPhone X in terms of design with minor internal component upgrades such as the shift to the A12 processor instead of the A11 bionic chip in the original X. The iPhone X Plus is expected to feature a 6.4-inch OLED display and will be similar to the iPhone 8 Plus (minus the extra bezels on the 8 Plus).

Anyhow, without any delay, let’s look at the results of the survey conducted by 9to5Mac: 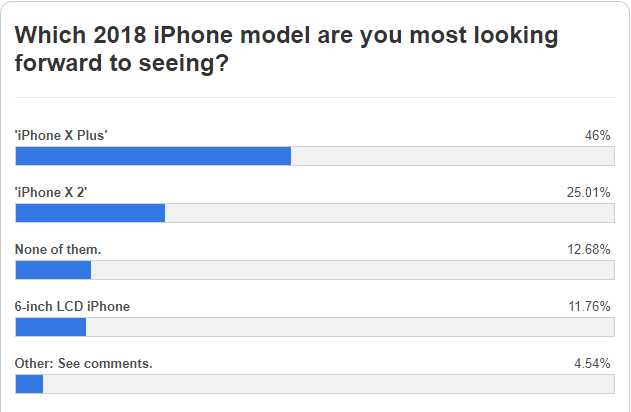 Well well, what do we have here? People, apparently, would prefer Apple not to launch an iPhone at all than to launch the 6-inch cheap version of the iPhone. This goes on to show how people prefer Apple to continue its “legacy” rather than to launch a cheap phone with some compromised features.

One of the most logical explanations for this is the social acceptance factor associated with iPhones. People purchase iPhones as a part of an effort to escalate their social status and thus the introduction of a cheap iPhone doesn’t fulfill that purpose anymore.

Is Apple going to take a hint from this survey and our article? Or is it going to go on with the launch of the 6-inch cheap iPhone? Sadly, only time can tell us that and it seems that time is definitely not in Apple’s favor. 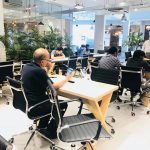 How to apply for NIC Karachi’s first incubation cycle?