PTCL’s Phone and Internet services subscribers have been facing an outage in various Lahore localities as the company’s exchange building situated at Egerton Road erupted with fire early Sunday morning. Various media outlets reported an intense fire that originated somewhere on the fourth or fifth floor within the multi-storey building that houses the offices of Pakistan Telecommunication Company Limited (PTCL), and quickly engulfed the top three floors.

According to unofficial sources, a fair amount of expensive equipment—which includes computers, optic fiber cables, and other telecommunication apparatus—in the building has been destroyed, which could lead to a loss amounting to millions of rupees. This also caused a disruption in the provision of PTCL’s communication services which include 3G, One-Link ATM, SmartTV and Broad Band, in the city and adjoining areas.

Rescue workers and fire brigade personnel quickly responded to the scene and the fire was reported to have been contained a while later but it broke out a second time in the morning. The fire also affected the communication services of several establishments such as Rescue 1122, Edhi and state call centers.

PTCL officials responded to some of the queries from media, which reported that it could take 3 to 4 days to restore the disrupted services in the city. The officials are unable to pin-point the exact cause of fire as of now as the premises is unreachable because of intense heat, but an electric short-circuit is being accounted to be the cause of the fire in the initial reports. 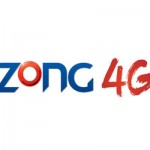