Are we blindly following social media for news? Yes. Yes we are 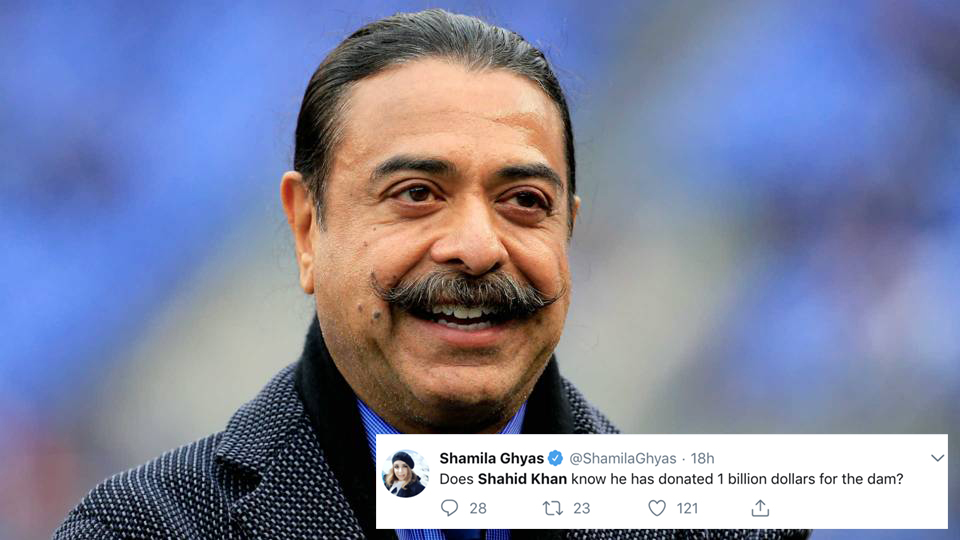 Propagation of fake news is an issue which plagues social media in almost every country, however, in countries like Pakistan and United States, where the political spectrum is clearly divided among fundamental issues, social media is proving to be an excellent platform to instigate a chain reaction of fake news on a very regular basis.

A very recent, and to be frank, humorous example of fake news spreading like wildfire on social media is about Shahid Khan, an overseas Pakistani billionaire who is the owner of Fulham F.C. Between Friday evening and Saturday morning, news about Shahid Khan donating 1 billion dollars (or in some cases, 10 million dollars) to the Prime Minister and Chief Justice Pakistan dam fund started circulating. We cannot ascertain the fact that who was the perpetrator behind spreading this news, but within minutes it spread everywhere. People started sharing it left and right, with an example of such tweet shown below: 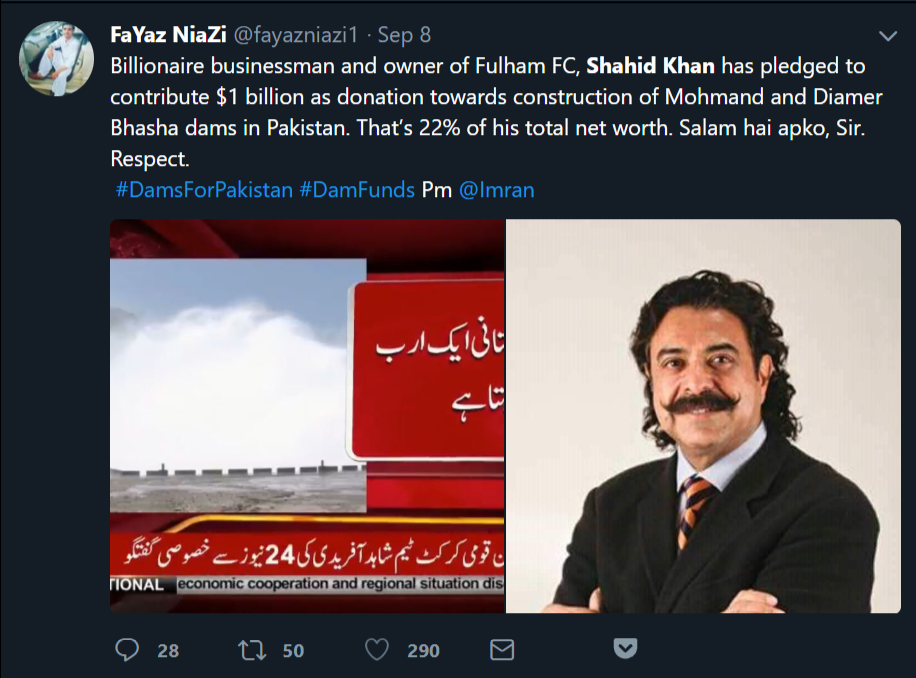 The main point of concern is the number of interactions on that tweet, and that too coming from a seemingly unknown source. This set up a chain reaction of tweets and retweets, with the news even reaching the ears of people with a little more credibility.

Soon the news channels picked up the news and ran tickers about the donation, which, till this very day, have no credible source whatsoever. Faisal Javed Khan, the senator and central additional secretary information of Pakistan Tehreek e Insaaf, was quick to clear his name from any such statement when asked on Twitter. However, the damage seemingly had been done. 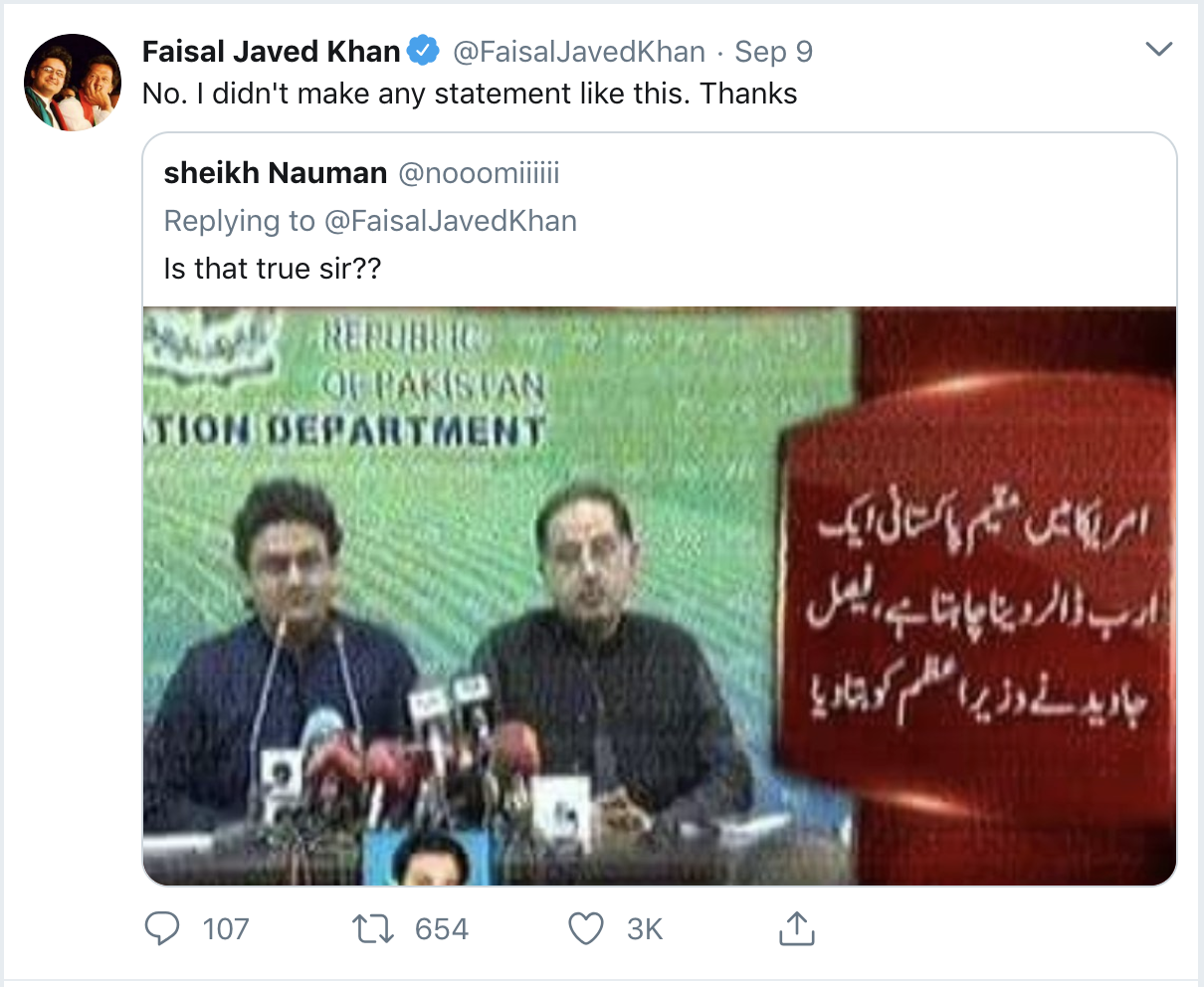 When the dust had settled after the jubilant celebration by excited Pakistani readers, then came the next step of this fake news cycle – disbelief and questioning by the opposing side.

Which was quickly followed by ridicule and a barrage by the twitter troll army, reducing the seriousness of fake news issue to a mere joke. 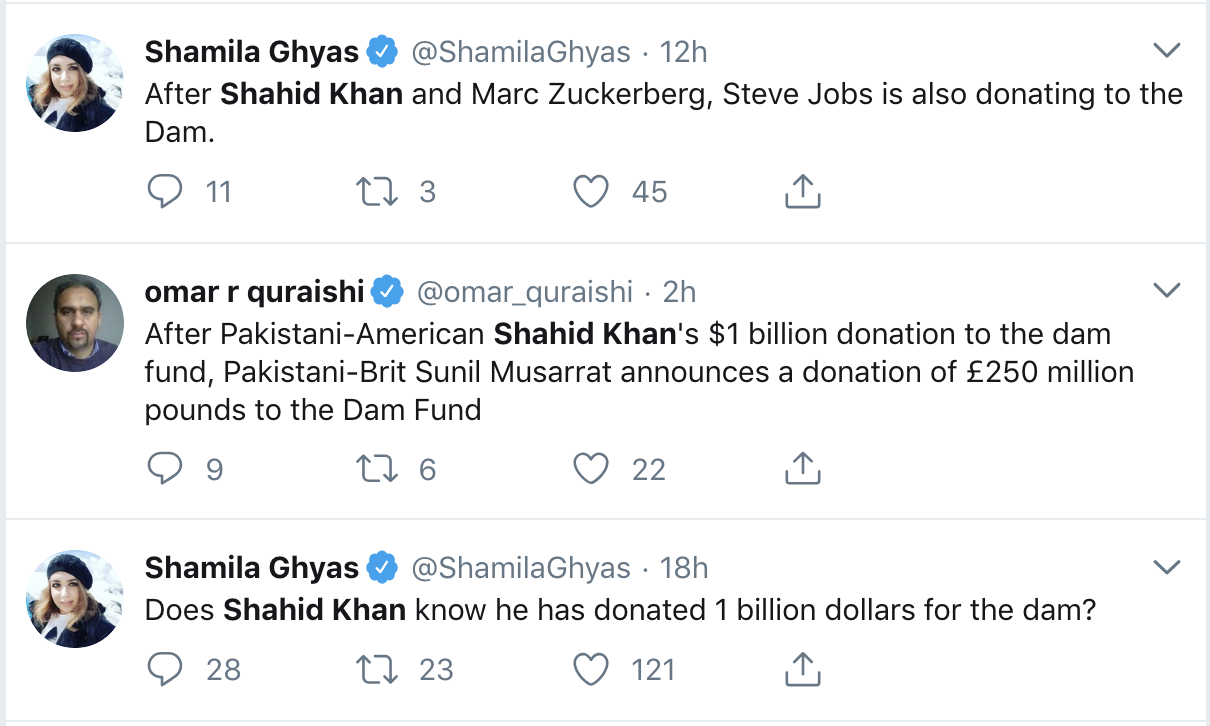 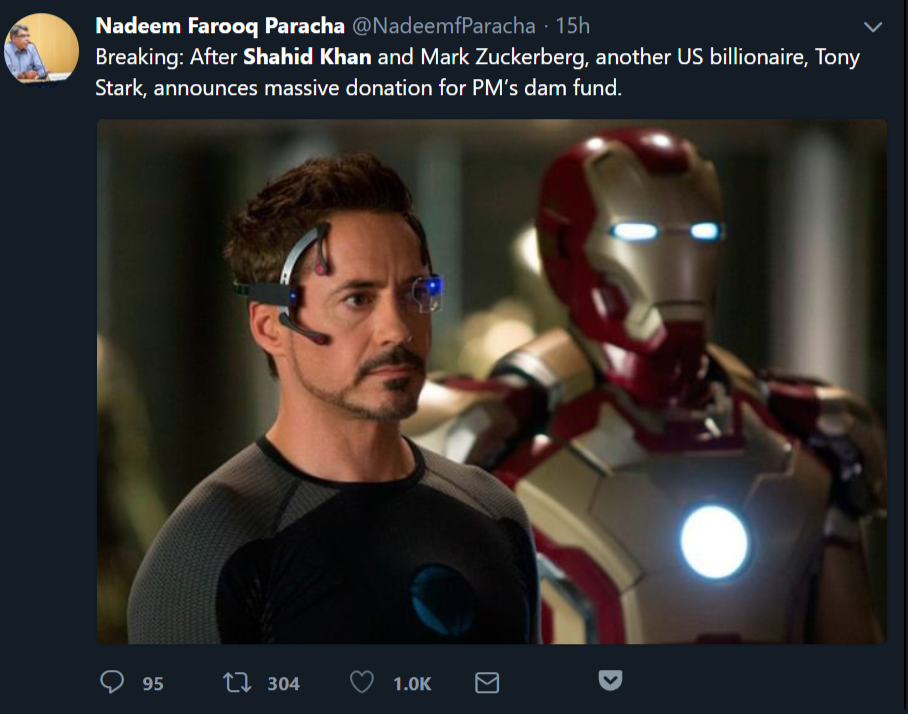 Although the matter is seemingly a laughing stock now, we need to have a serious discussion about how such news can spread so quickly without any sort of genuine source to back it. It’s true that this particular news didn’t harm anyone (except maybe causing Shahid Khan to go into a brief shock), this does not mean that any other potentially harmful news cannot enjoy a similar reception on social media (such examples have resulted in damages against property and even lynching in the past few years).

How to stop spreading fake news 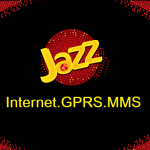