The Unsung Women of Science – Part 3

This phenomenon woman has been a huge inspiration for women in STEM. Sister Mary Kenneth Keller is the first female to have attained a PhD in Computer Science. This was time when women in the computer field were almost negligible. Her work has paved the way for what is known as information economy today. She is the founder of BASIC (Beginners All-Purpose Symbolic Instruction Code) which was a popular add-on when IBM launched the first computer for home use. It was targeted towards home computers for the most part. She made it possible for all of us to know how to code and instruct computers.

She was born on December 17th 1913 in Cleveland, Ohio. You may have pondered over the prefix “Sister”. She had taken vows to be a nun at the Sisters of Charity of the Blessed Virgin Mary, when she was about 26 years old. She then completed her Bachelors in Mathematics (1943), and Masters in Mathematics and Physics (1953) from DePaul University in Chicago. As she was a nun, she never married and pursued science. In the early 1960s, she studied at the universities of Wisconsin, Purdue, Michigan and completed her PhD in 1965. Her thesis was entitled “Inductive Inference on Computer Generated Patterns.”

In 1958, she began working at the National Science Foundation workshop, and the Computer Science Center at Dartmouth College, which was then only for boys. She teamed up with John G. Kemeny and Thomas E. Kurtz to develop the programming language, BASIC. This led to the revolutionizing of custom software. Before this language, only mathematicians and scientists could operate software. Therefore, the 1970s and 1980s allowed everyone to develop software from their home or business computers.

In 1964, Kelly recognized the potency and extensive role that computers played in all fields such as psychology, chemistry, biology and physics. She foresaw that they would aid in scientific and psychological research for academic purposes. She also saw that computers were brilliant for research way before any search engines were in use.

Keller’s work went on to transform the world of computing and she went on to establish the Computer Science Department at Clarke College and also a Catholic college for women. She chaired the latter for twenty years, and championed women for pursuing a career in STEM. She was also noted for her devouring support for working women in, and encouraged her students who were working mothers to bring their children to class so they did not miss out on their education.

Clarke University, to her credit, has founded the Mary Kenneth Keller Computer Science Scholarship, and there is a computer center to her name, the Keller Computer Center). The computer center offers computing and telecommunication support to all staff members, faculty members and students. Mary Kenneth Keller died at the age of 71 in Dubuque, Iowa, on 10th of January in 1985. 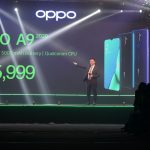