According to a report by 92 News web TV, Custom authorities in Karachi have started a series of raids in the country and as a result, they have found a bulk of packed smartphones which were being smuggled in Karachi, worth in millions. The report also reveals that these smartphones were ordered by four companies in Lahore through misdeclaration. As of now, Custom has filed a case against the importers of these smuggled devices. The importers played a decisive act by changing the bills of the packed goods as of refrigerators and clothes, however, during the checking of these packed boxes smuggled handsets were recovered from them.

No information about the means of imports of these smuggled handsets has been revealed yet, however, the Deputy Collector Customs has said that the authorities are still investigating on how the mobile phones were imported in the country. Here’s a video report published on 92News,

According to earlier reports, the smuggled smartphones cater around 59 percent of the total market in Pakistan, which in turn cause a loss of $1.1 billion to the national exchequer. Pakistan Customs staff has been working tirelessly to stop imports of smuggled smartphones in the country. Last year, Customs authorities of Karachi arrested a man at Quaid-e-Azam International airport who was smuggling Rs. 1.9 million worth of smartphones into the country. 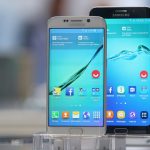