Software technology parks to be established in 11 districts of KP

Pakistan Software Export Board (PSEB) and Khyber Pakhtunkhwa Information Technology Board (KPITB) have signed a memorandum of understanding (MoU) for the establishment of software technology parks in eleven districts of Khyber-Pakhtunkhwa.

According to a recent tweet by the Tehreek-e-Insaf account, KPITB and PSEB have inked an MoU for a wide range of collaboration for the promotion of information technology in the Khyber Pakhtunkhwa region. To this end, a total of eleven districts in the province will witness the establishment of software technology parks.

PSEB will assist KPITB for sustainable growth in the information technology industry, and also assist in developing local entrepreneurs’ and freelancers’ operational capacity. PSEB and KPITB will also collaborate to promote cooperation between the academia and the IT industry.

A formal ceremony was held for the signing of the MoU where Chief Minister KP Mahmood Khan joined as chief guest.

Eleven districts will get software parks in the initial phase of this project, including Chitral, Swat, Mansehra, Mardan, Kohat, D.I. Khan, Bajur, Dir, Karak, Kohat, and South Waziristan. After the initial phase, the project will likely be extended to other districts of the province as well.

CM Khan termed the MoU as an important development and said that he hopes this project would promote the IT Industry and further digital economy development in KP.

“Government is making concerted efforts to extend maximum facilitation to people, provide employment opportunities to youth, ensure transparency in government business and enhance the capacity of government departments through effective use of information technology,” the chief minister commented. 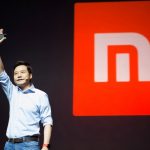