The public feud between Facebook and Apple keeps touching new heights. Facebook CEO Mark Zuckerberg has made it clear once again that he isn’t happy with Apple’s upcoming privacy update, shortly after the WhatsApp CEO put forth allegations against the iPhone manufacturer. On the other hand, Apple has said the change is meant to give users more control over their data. Apple is expected to roll out the change in the early spring.

Apple’s new privacy feature, “App Tracking Transparency,” will be released to all users this year. Once it goes live, apps could no longer track users between other apps and websites without their permission – an alarming situation for Facebook, since the social network relies heavily on advertisements for its revenue.

On Thursday, Zuckerberg repeated his concerns about Apple’s update in a discussion on the invite-only audio app Clubhouse, reports CNBC. Zuckerberg noted that the update could harm small businesses and developers more than Facebook, making billions of dollars from ads every quarter.

“The reality is is that I’m confident that we’re gonna be able to manage through that situation well, and we’ll be in a good position. I think we may even be in a stronger position if Apple’s changes encourage more businesses to conduct commerce on our platforms,” he said. Zuckerberg expects that small businesses and developers will have a harder time navigating through the changes.

Facebook even initiated an ad campaign to convince iPhone users to enable ad tracking in the past.

Facebook is also at odds with Apple over the 30% cut Apple takes from all in-app purchases and joined hands with Spotify in an antitrust complaint against Apple with the European Commission in 2019.

Zuckerberg added that Facebook had “to go back and forth for a long time with Apple” to prevent the iPhone maker from taking a cut from a news product Facebook built and other features during the pandemic that the social network didn’t take a revenue share from. “I do think that this is a big issue,” he said.

Read More: Apple’s latest ad for iPhone reminds us how much we value the privacy. 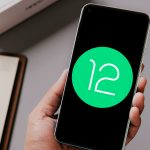 A look into Android 12 Developer Preview 2