We have covered and attended tons of networking events through out the country. When we decided that we want to do one, we promised ourselves that it wouldn’t be just another event. We made sure everyone gets to meet at least 50 percent participants and this is how our flagship Circle activity came to life.

“A circle of 30 minutes where every unique participant joins in, have a discussion and then after 30 minutes, moves to another circle where everyone is new again.”

Gamification of networking turned out to be beneficial, we can also call it “forced networking” for the good of everyone. Plan9‘s support by sponsoring the event gave us more confidence and finally the event happened on 31st January.

While talking to the audience, Nabeel, Joint Director of Entrepreneurship, at PITB said,

“Punjab Information Technology Board is a promoter of entrepreneurship and we will do whatever we can to support this culture not only in Punjab but throughout the country. We started our first incubator Plan9 from Lahore but now through our network partnership program, we have reached even the far flung area’s universities like GIKI.”

And now we are here taking feedback after the event. ‘When is the next meetup?’ ‘When are you bringing the next meet up to our city?’ ‘Please do invite us at the next too!’ This is all we heard at the end. Such an overwhelming response!

For us, the highlight of the night was that through out the 90 minutes of activity we didn’t see anyone using their cellphones. Yes, seriously! We felt like it was the 90’s again , where no one was interested in using their cellphones, taking selfies or using social networks; this is what proved the success of TechJuice’s flagship networking event.

Another interesting aspect of the event, to our amazement was the participants and mentors arrived on time which proved their excitement and enthusiasm for the event. Through out the night, there were many eager faces of various entrepreneurs. Everyone participated in an evening of insightful conversations and meaningful interactions. Many entrepreneurs crossed roads and managed to make new acquaintances among each other. This really helped us feel that the event managed to achieve its objective and what truly made each member of the host team feel a sense of accomplishment. We witnessed Sadaf Chugtai help one of the startups – Kamata Pakistan build a tag line. On one of the tables we observed Omair Bangash intensely engaging startups to an extent where participants irrelevant to his industry were also interested to acquire knowledge and skill from him.

Saira Ishtiaq expressed her views saying how she always observed striving entrepreneurs were hesitant in conversing with those who are successful in the industry. According to her it was good to see both established and young ideologies come together for personal interaction on a dinner table in a light mood. She also suggested that startups must bring a brief business model along so that it saves time for both mentors and participants and they can quickly get down to the important part of discussion.

Even after the food was served, every one was anxious to informally socialize without the barrier of colors.We were honored to host such an amazing collection of startups and mentors under one roof, and we hope that the upcoming installments of this show continue to strive for the better.

Here is an infographic of our first TechJuice Circle meetup. 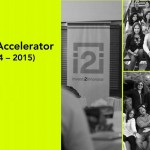