Tesla is facing a new legal trouble. Nikola Motor Company has filed a lawsuit in Arizona alleging that Tesla’s all-electric Semi infringes on the hydrogen truck startup’s patents. The lawsuit claims Tesla willfully copied these patents in creating its electric truck, and Nikola is seeking $2 billion in damages in return.

Nikola was founded in 2014, and the company showed off its first two products — an electric four-wheel offroad vehicle and a hydrogen-electric semi truck — in May 2016. It has since added a second semi truck to its eventual lineup, teased some all-electric personal watercraft, and announced plans for a $1 billion factory in Arizona.

The complaint filed by Nikola lays out a number of claims that viewed together, the company says prove Tesla cribbed from the startup’s patents. Nikola points to supposed similarities in the trucks’ front fenders, wraparound windshields, mid-entry doors, aerodynamic fuselage (with similar drag coefficients), and more as evidence that Tesla copied its design. It also claims that a recruiter for Tesla, Aaron Hoyos, tried to poach Nikola’s chief engineer just a few months after the startup unveiled its hydrogen semi truck and that this is evidence that Tesla was aware of Nikola’s unique design features.

Nikola says that Tesla’s truck is causing “confusion in the market,” and claims that “Tesla’s infringement has harmed Nikola’s ability to attract investors and partners because investors can now partner with Tesla to have an alternative fuel semi-truck.” The damage from this alleged infringement, per Nikola’s calculations, is “in excess of $2 billion.”

Nikola has sparred with Tesla before, including how it chose to use the first name of the same famous investor when founding the company. Most recently, Nikola claimed in April that, while it has over $8 billion in preorders for the different versions of its semi trucks, all those reservations will “be refunded 100%” and the startup “won’t use your money to operate our business” — statements that appear to be obvious barbs at Tesla, which holds nearly $1 billion in customer deposits for the Model 3 and other various announced products, according to recent filings. 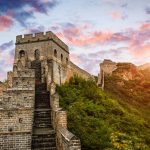