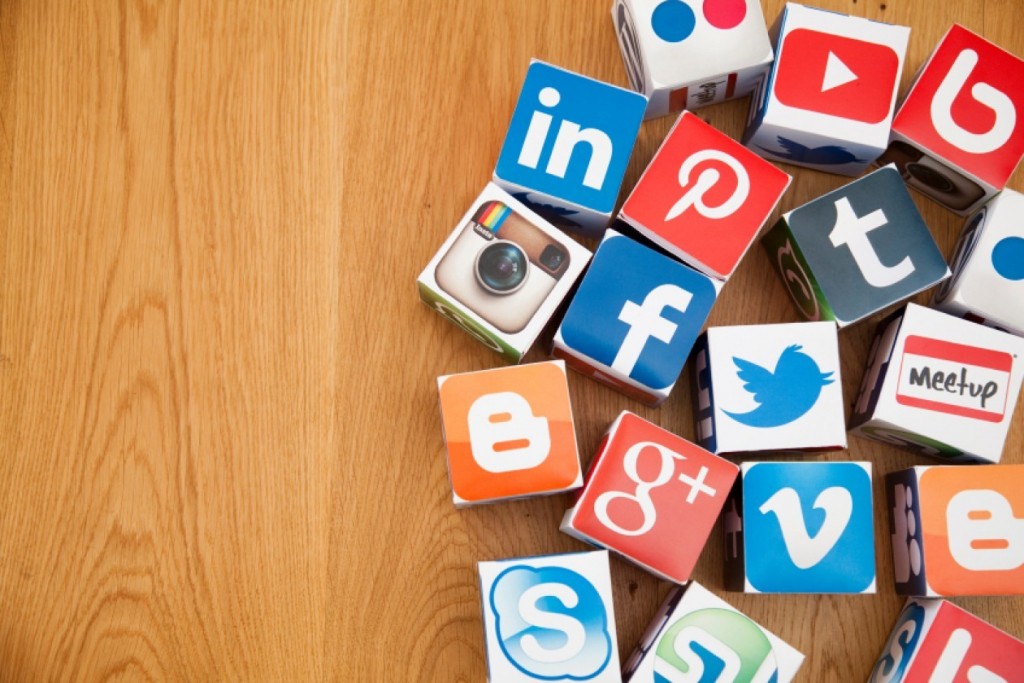 The harsh reality of social media today is that we are wasting our valuable time and energy by getting influenced from a make belief world; a world in which people publicly post the deep insights of their private life.

Eventually, they fall prey to the artificial world of social media and start to develop complexes. They become overly conscious about their physical appearance and personality, and start to edit their pictures, faking personal identity, pretend they are rich or popular, and their life is nothing short of perfection. The improved public responses on their posts starts to make them feel good about themselves to the point of addiction. Once someone gets addicted to social media, it is really hard to quit.

Recently, however, a girl sent out waves of encouragement to people who want to come back from the fake world of social media to their real lives.

An 18 year old Australian, Essena O’Neill quit social media despite having half a million Instagram followers. She also had a huge fan following on YouTube, Tumblr and Snapchat.

Upon quitting, she posted an eyeopening video on YouTube titled, “How People Make 1000’s on social media”.

She deleted roughly around 2000 of her pictures and rewrote most of the captions of her posted pictures declaring that they were heavily edited to gain fame. She categorically told the world about how manufactured they were and her insecurities behind posting them. 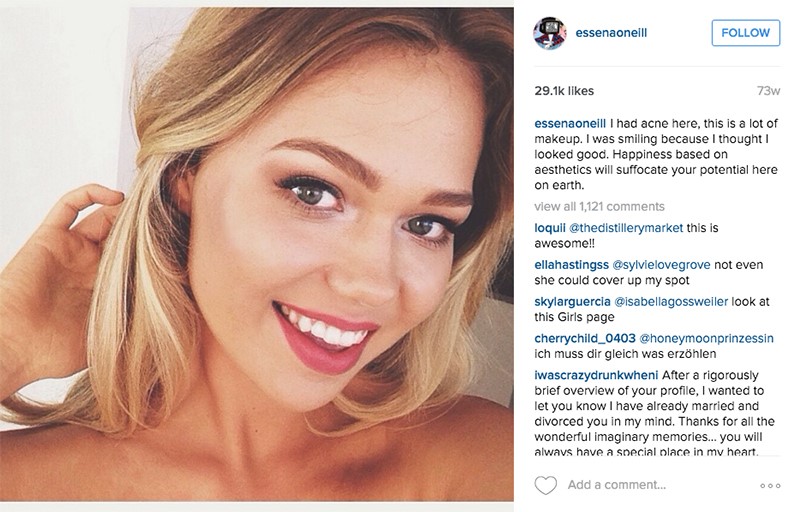 Essena had been cultivating social media profiles from the age of 12. She worked hard over these years to build a fan following and started to market products on her social media profile. Her glamorous attires, makeup and looks mesmerized people and turned her Instagram profile into a marketing platform for brands enabling her to generate massive amount of revenues. She used to earn approximately 2000 AUD a post.

This got her addicted to social media, social approvals and flaunting her physical appearance had been her work ever since.

“I just want younger girls to know this isn’t candid life, or cool or inspirational. It’s contrived perfection made to get attention,” she said.

O’Neill asserted that she is leaving social media for her own good. All these precious years of adolescence, her sole purpose in life was nothing more than becoming popular. She spent so much of her time on these activities that she forgot the fact that it was all fake. She now realizes that despite of her popularity, this social media journey has left a feeling of incompleteness and dissatisfaction in her heart. She now understands that one can lead a good normal life without fame as well.

She admitted in her 22 minutes video on YouTube that she was welcoming her followers (young girls in particular) to a world of illusion by giving them a fake image of her perfection.

The girl not only quit the social media madness, she also took a step ahead to make amends. She has now made a new website called “let’s be game changers” with a vision to fight the cult of social media following and like culture. The site doesn’t have any like or following features and will simply educate people about the destructive repercussions of trying to gain social approval by revealing the truth behind her own Instagram pictures.

The initiative taken by O’Neill to quit social media takes us back to an incident that occurred earlier this year when a 24 year old Australian singer, Iggy Azalae decided to take time off social media after she started to get negative comments. People posted absurd comments and hate speech on her pictures which caused her to react this way. Her story is different from O’Neill’s and highlights how cruel people can be while using their virtual profiles. 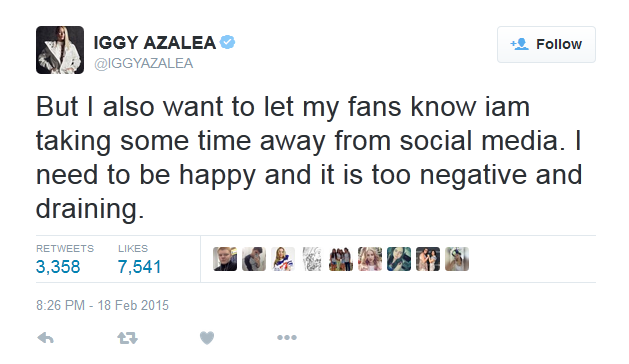 She was unable to tolerate absurd comments on her pictures posted on social media despite being a public figure. She left while tweeting, “The Internet is the ugliest reflection of mankind there is.”

The two incidents are an eyeopener for the masses. They expose two different dimensions of the brutal reality. Firstly, that we are getting increasingly detached from our original personalities while using social media platforms. It intrigues us to question the authenticity of what we see on the web before getting influenced by it. As they say, “all that glitters is not gold.”

Secondly, it highlights the fact that since their are no merits attached to the usage of social networking. Therefore, even for public figures, privacy is breached heavily. With an extensive use of social media, fans obtain deep insights of the private life of celebrities and vis-a-vis post it publicly. This act can have grave repercussions on the celebrity’s private life and psychology.

A report from Future Foundation asserts that people have engaged in a weird activity of putting a gloss on their personal life by bragging about their achievements. Unfortunately, if you don’t flaunt your blessings or achievements publicly in today’s world, people believe that you lack them.

Today, every other teenager spends most of his/her time on social media interaction. Adolescents, day in and day out, post about every cool thing they do to merely be recognized and fit into a likable crowd. With increasing use, they end up faking their identity by camouflaging it to make socially apt. And by this, the measure of coolness starts to shift from one’s actual personality to how famous that individual on social networking sites. It’s like a disease which consumes them in the effort to fit in.

For instance, a few days ago, I was amazed that one of my younger cousins checked in to a destination abroad on Facebook out of the blue. Upon inquiring in complete amazement, the answer I received is something worth contemplating upon.

The amount of complexes, excessive social media usage attaches to the self identity of people, bring adverse psychological repercussions. According to a survey, approximately 63% people aged between 17 and 33 feel that they are failing in life. The problem is that these people compare their actual life with mere ‘highlights’ from the lives of other people posted on social media not realizing that they need to question before believing what they see on the internet. If analyzed as a whole, the “social approval culture” is ruining the social fabric. 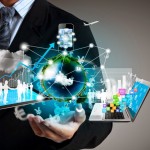