The Government launched a surveillance app for ongoing plantation drive.

On Sunday, the Special Assistant to Prime Minister Usman Buzdar announced that the Government has rolled out an application that would track down the plantation initiative via geotagging technology. Once the tree plantation occurs, the information gets recorded by an officer of the forest department.

A large number of volunteers belonging to the Tiger force and other government departments participated in the sapling plantation initiative. According to the details, about 3.5 million saplings planted on the day all across the country. According to Usman, it was for the first time in history that modern technology was employed to carry out a plantation drive in the country.

The name suggested for the initiative is ‘tiger force day.’ According to Usman, the opposition members can also download the surveillance app for counting the number of trees planted.

The app possesses a ‘green selfie’ feature that allows users to post their selfies right after planting the sapling. The SAPM also appraised the foreign diplomats regarding their participation in the initiative.

In the press release, he said: “The diplomats of brotherly countries had shown the perfect example of love by joining in the Government’s efforts for clean and green Pakistan. The Government of Pakistan is extremely grateful to you for your cooperation.” 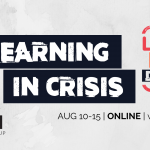