The Unsung Women of Science – Part 1 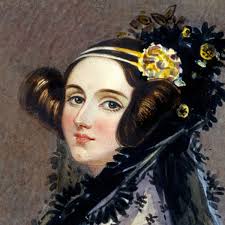 Technology is still seen as a male-stream field, whereas many of its pioneers were spirited and incredibly genius women. There are a few that history remembers, and many have been long forgotten though there are inquiries going on about how women shaped science and technology. Ada Lovelace is one of the few women commemorated for her endeavors in the scientific world.

Augusta Ada King was the Countess of Lovelace, and daughter of renowned poet Lord Byron. Her invention can easily be attributed to her mother whose efforts made her into one of the first computer programmers, and that too as a young woman. Her mother was afraid she’d take after her father as a poet, so she gave her knowledge of science, mathematics and logic. She was born in 1853, and was fascinated by the machines of that time. She worked with Charles Babbage, who is termed as the ‘Father of Computers’.

She aided him greatly in the device he called “The Analytical Engine” which was the first prototype of the modern computers we use. She translated Babbage’s work and wrote algorithms that have led to the advancement of computer programs. Ada Lovelace died of cancer when she was only 36, but she paved the way for women. Her legacy lives on and 9th of October is a day set to commemorate her life and success.

She knew a lot of influential people during the course of her life. These included Mary Somerville (Lovelace’s tutor and lifelong friend; Somerville was a Scottish polymath and science writer, and termed the “queen of science” by The Morning Post when she died in 1872), Andrew Crosse (a British scientist who was one of the first pioneers on electricity), Sir David Brewster (discoverer of photoelasticity and worked on physical optics, he was a British writer and scientist). She even knew Charles Wheatstone (scientist, and inventor of the stereoscope and the English concertina), Michael Faraday (also a British scientist, interested in the study of electromagnetism and electrochemistry) and Charles Dickens (one of the most famous writers in English literature and noted for his novels Oliver Twist and David Copperfield).

She remained sick for most of her life, and still adamantly studied and became a renowned mathematician and writer. Her interested in mathematics and logic conquered most of her life, even after she married William King, the Baron of Lovelace (which is how she got the title). Private schooling helped, but so did her interaction with other scientists. Charles Babbage continued to fuel her interests too, which led her to translate his work, and write algorithms. However, she also wanted to research on unusual things like a “calculus of the nervous system” – which would study how the thought processes and feelings take place in the mind, which shows how far-fetched she was. Psychology, as a science, became a field during World War 2. Babbage called her “The Enchantress of Numbers” and also took her advice and was immensely in awe of her analytical skills.

Perhaps what interests me the most about her is her insight into what computers can do. The Analytical Engine could solve mathematical problems of any complexity. She realized that the device could do much more than just calculations, and could infiltrate other domains also equally important to humans. Doron Swade (a historian and expert on Charles Babbage) says something striking about her:

“Ada saw something that Babbage in some sense failed to see. In Babbage’s world his engines were bound by number…What Lovelace saw—what Ada Byron saw—was that number could represent entities other than quantity. So once you had a machine for manipulating numbers, if those numbers represented other things, letters, musical notes, then the machine could manipulate symbols of which number was one instance, according to rules. It is this fundamental transition from a machine which is a number cruncher to a machine for manipulating symbols according to rules that is the fundamental transition from calculation to computation—to general-purpose computation—and looking back from the present high ground of modern computing, if we are looking and sifting history for that transition, then that transition was made explicitly by Ada in that 1843 paper.” 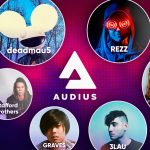