TechJuice > News > The wait is over! Samsung may finally launch the foldable phone this week

The wait is over! Samsung may finally launch the foldable phone this week 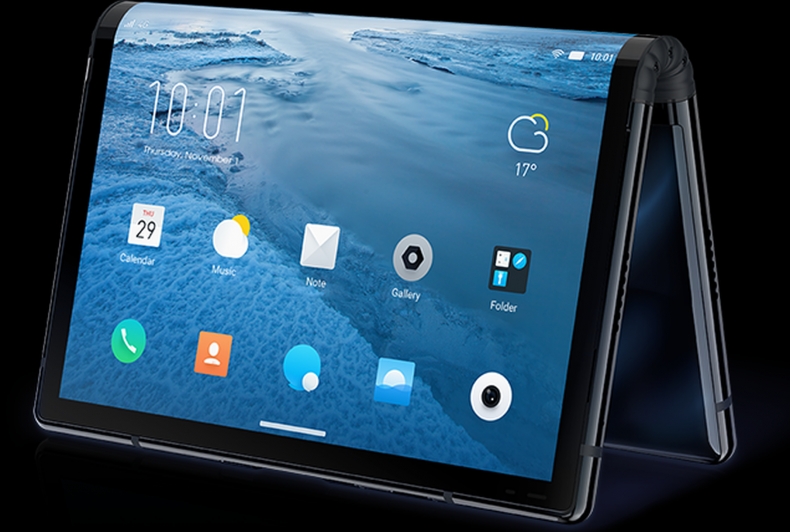 For years, Samsung has been teasing the smartphone world with the concept of a foldable device. There have been some concept images, and some statements here and there but nothing major has been leaked by the South Korean tech giant. However, all of this is about to change as Samsung will be revealing its foldable smartphone in its developer conference, later this week. The smartphone giant recently teased its fans by updating its profile pic on Twitter and Facebook, the pic shows a foldable Samsung logo, which obviously hints the release of the highly anticipated foldable smartphone.

Some recent leaks reveal the possible orientation of the smartphone, the phone is expected to come with a portrait fold, meaning the phone will not extend out to traditional tablet-form factor, instead, its orientation might look like a taller overall canvas. The most interesting aspect about this phone is that it is expected to feature a tablet-sized display but can be folded to fit in a normal pocket. After the disappointing sales of Galaxy S9, Samsung decided to launch the foldable phone earlier than the anticipated 2019 date. Earlier, Samsung’s CEO, DJ Koh teased that the company might finally reveal the phone in Samsung’s developer conference. However, the phone might not be released for the public until next year. Interestingly, Huawei, LG, Xiaomi and Lenovo are also expected to release their version of foldable phones. However, the most shocking news came when the company, Royale Corporation, managed to produce a working prototype, of a foldable phone days before Samsung’s expected release.

A Bloomberg report earlier mentioned that Samsung is working with Google on a special Android version which will be tailored for this specific phone. If the implementation is done right, then this phone can bring the android manufacturers back into the tablet industry, with its dual functionality. The good news is that the wait is finally over as the Samsung developer conference starts on November 7th.

Not much is known at the moment about the hardware of the Galaxy F apart from reports that say it could come with 512GB of internal storage, a tall 7-inch display AMOLED display and a huge battery. As for the pricing, analysts say the Galaxy F price could touch or come close to the $2,000 mark.