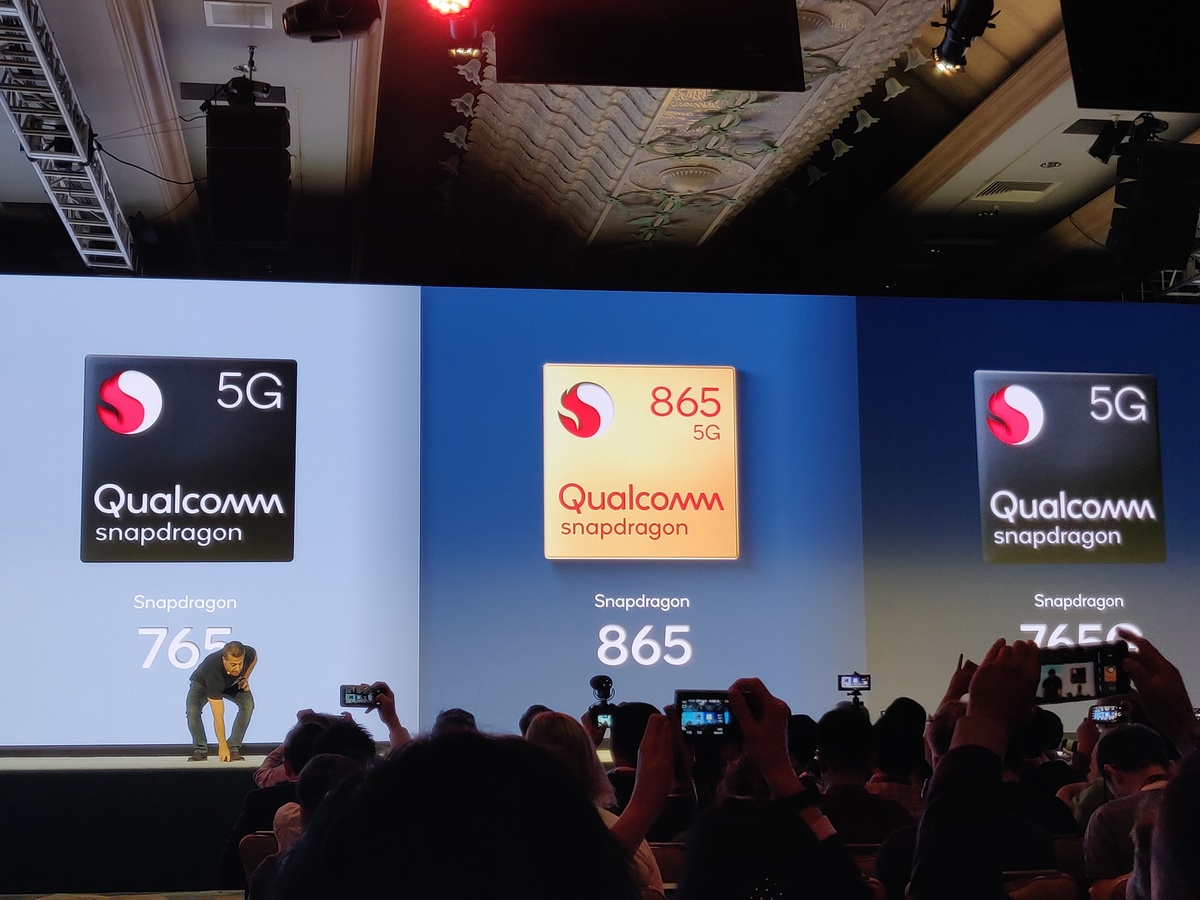 The American chip manufacturer Qualcomm has officially announced its latest chipsets that will be the basis of the upcoming 5G phone models of next year. The chipsets announced include the Snapdragon 865, part of the flagship powering 800 series of processors. This was accompanied by the Snapdragon 765, which is expected to power upper mid-tier devices. These announcements took place at Qualcomm’s Snapdragon Tech Summit 2019, being held in Hawaii, in which the company traditionally reveals its upcoming products.

The Snapdragon will offer 5G networking capabilities via Qualcomm’s newest 5G modem, the X55. This is an unexpected move by Qualcomm, since most outside speculators were expected an integrated 5G solution. This probably means phones using the 865 chipset will need more power and will suffer worse battery times than a one chip solution. Surprisingly, the less powerful 765 features integrated 5G, even though it’s less expensive than the 865. What’s more, Qualcomm will not sell the Snapdragon 865 and X55 5G modem separately, so any manufacturer that wants the 865 will also have to buy the X55. The new processor is incompatible with older 4G modems so the phone they put it in will have to support 5G. This poses a problem for manufacturers who were expecting a compact, battery efficient flagship chipset from Qualcomm, and they may turn elsewhere to fins what they’re looking for. However, that seems unlikely since Qualcomm’s 800-series features in so many Android flagships.