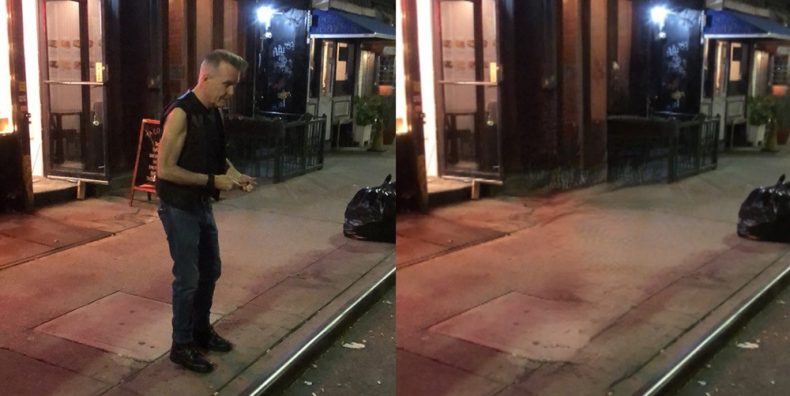 It’s an immensely relatable struggle; taking photos of yourself next to your friends, or anything relevant for that matter, only for a couple of unsuspecting folks to end up awkwardly in the background. It’d be a shame to delete a photo that good, and yet the unwanted individuals have to be removed. As it happens, there is finally a photo editing app that is going to solve that problem, considering how it can remove humans from any photos you take.

The app in question is the aptly named Bye Bye Camera, and it is currently an art project by artist damjanski at Do Something Good. This particular group of creative individuals has worked on various digital projects with a playful twist, such as CAPTCHA that excludes humans, and creating dialogue between two Google agents.

By Bye Camera is yet another attempt to use a confluence of art and computer science to achieve something that looks wacky on paper, but could also have immense social consequences. In an interview with Artnome, damjanski explained that his project is “an app for the post-human era….The app takes out the vanity of any selfie and also the person.”

And that brings up an interesting question: how does the app even identify human beings in the first place? And is it capable of removing any other living thing?

Unsurprisingly, the app uses artificial intelligence for this purpose. Using an effective object classifier called YOLO (You Only Look Once), the app is able to quickly determine the outline of a person and use a separate tool to “fill in” based on the context. This is ultimately used to remove human beings from any photo and replace them with background.

While it is certainly a playful tool, it underscores the capabilities of AI and its relationship with human beings, particularly with regards to identifying them. Given the impressive yet ultimately crude performance of this app, AI still has a long way to go.