Dr. Nergis Mavalvala, a scientist, is part of the team that did historic discovery of Gravitational Waves 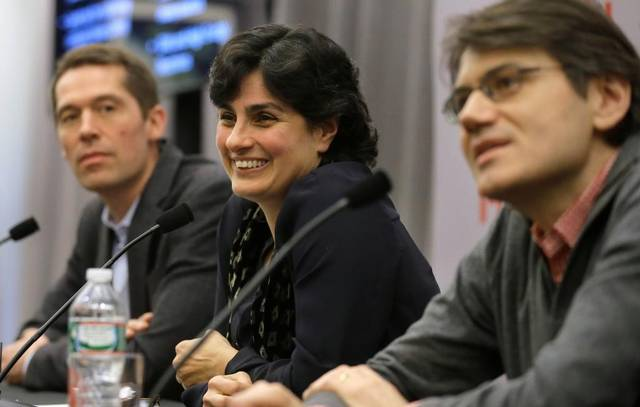 Earlier this week we all heard of an announcement that shook the world of science to its core. A team of scientists at Laser Interferometer Gravitational-Wave Observatory (LIGO) did a groundbreaking discovery regarding gravitational waves. This discovery proves Einstein’s Theory of Relativity which he put forth about a hundred years ago. And a part of the team that made this discovery is a brilliant mind from Pakistan – Dr. Nergis Mavalvala.

Dr. Nergis Mavalvala was born to a Parsi family in Karachi and immigrated to the US as a teenager. While in Pakistan she completed her high school from Convent of Jesus & Mary where a Sri Lankan refugee science teacher named Ranjit Bulathsinghala was among her inspirations to pursue a career in science. After moving to the US, she achieved a B.A. in Physics and Astronomy from Wellesley College in 1990 and eventually a PhD in Physics from MIT in 1997. Following that, she did a research stint at Caltech after which she joined the Physics faculty at MIT.

Her work on gravitational waves was part of her research work at MIT’s graduate school where she now serves as the associate head of the Physics department. There is not much information regarding Dr. Nergis on the Internet but people who have met her only have good things to say about her. Her students can vouch for her intellect and her exceedingly humble nature.

If you by any chance missed the news regarding the discovery of gravitational waves, here’s a little roundup. The waves that the scientists at LIGO were able to discover are the result of two black holes that happened to merge 1.3 billion light years away. The scientists detected their cataclysmic event using an instrument so sensitive it could detect a change in the distance between the solar system and the nearest star four light years away to the thickness of a human hair.

The team at LIGO, and other scientists worldwide, are calling this discovery transformational. Before now scientists had observed the universe though light and they can only observe part of what happens out there. Gravitational waves carry completely different information about the phenomena in the universe which can allow scientists to discover things they have never seen before.

The discovery marks three milestones in Physics: the direct detection of gravitational waves, the first detection of a binary black hole and a very convincing evidence which proves that Einstein may have been right all along. 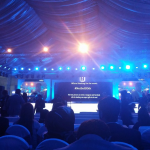