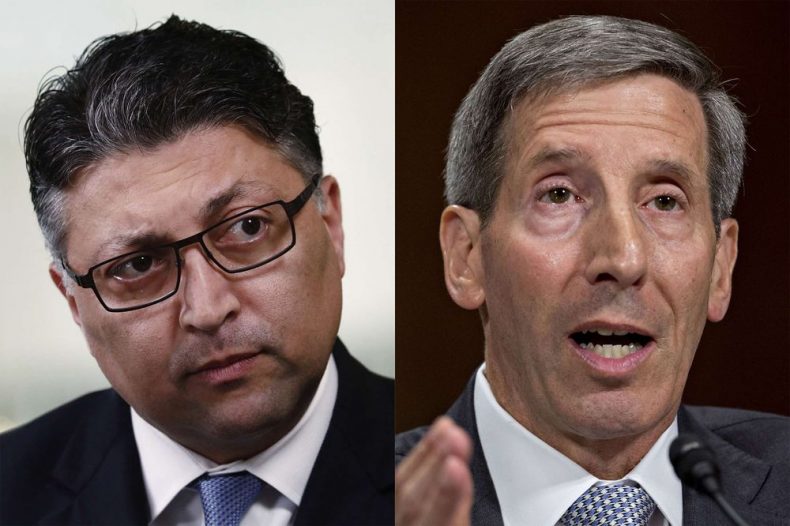 The big tech quartet of Google, Amazon, Facebook, and Apple has been running rampant in recent years, as each company has continued to amass more data and control over our lives. With a combined market value of $3 trillion that vastly exceeds the gross domestic product of many countries out there, reining them it will be important to ensure that the market remains fair and competitive. And it is this task that two of Trump’s most experienced lawyers are prepared to complete.

Chief of the US Justice Department’s antitrust division Makan Delrahim and chairman of the Federal Trade Commission (FTC) Joe Simons are ready to slap the “Big Four” with antitrust cases. The two distinguished individuals have reportedly decided to divide the companies between them, with Simons taking up the responsibility to deal with scandal-riddled Facebook and data server titan Amazon and Delrahim focusing on Google and Apple.

Simons and Delrahim are no strangers to big tech antitrust cases. In fact, while the two are hardly close, they do have one important thing in common: they were involved in the Justice Department’s antitrust case against Microsoft back in the 1990s. As it happens, that experience is still fresh in the lawyers’ minds and they will be drawing important lessons from it in this 21st century battle against big tech.

In a speech delivered on Tuesday, Delrahim explained the importance of curbing the power of potential monopolies in the digital economy. He said, “We know this firsthand. After all, the government’s successful antitrust case against Microsoft arguably paved the way for companies like Google, Yahoo, and Apple to enter the market with their own desktop and mobile products.”

Simons, meanwhile, has had to deal with quite a plethora of anticompetitive practices throughout his tenure at the FTC, and he believes that any organization with immense market power is also one that can be expected to violate antitrust laws, which is a description that is apt for the big tech companies of this age.

“That description would describe some of these big tech platforms that we’re all talking about in the news regularly,” he said. “So those are the places you would look. And without commenting on any specific company or any specific investigation, this is something that is a priority for us.”

Both men joined the Trump administration as protests against the incredible influence and power of big tech reached a peak from liberals and conservatives alike. As Simons said, tackling the “Big Four” is a priority for them, and considering their past experience and values, this is a challenge that they will relish.