This year has bought with it various changes across some of the mainstream social media platforms including Whatsapp, Messenger, Instagram, and even Google’s Gmail. Twitter is next in line to bring about a big change, with its move towards eliminating the 280 characters per tweet limit.

According to a recent leak published by a reverse engineering expert, Jane Manchin Wong, the company might soon be introducing a new ‘Twitter Articles’ feature into the platform. Wong, shared a screenshot of the Twitter Web interface in a tweet. The image shows the text ‘No articles yet’ and ‘Create a Twitter Article’, which suggests that users might soon be able to post long-form articles on Twitter.

Currently, due to the character limit of 240 characters per tweet, the users can only tweet longer text pieces by using threads, however, the new feature is expected to allow for uninterrupted text in a single tweet.

As of now, the feature is not currently accessible to Twitter users and there’s also not much solid evidence on what this feature would bring to the table. The leaks discovered so far suggest that the feature might be exclusive to news outlets, Twitter Blue subscribers, or perhaps SuperFollow exclusive content. Twitter said that it will reveal details about ‘Twitter Articles’ in the coming weeks.

Initially, when the platform was first launched back in 2006, tweets were capped at 140 characters, which was fairly restrictive. This limit, however, got doubled in 2018 to 280 characters, making it easier for users to ‘express themselves’ and now with ‘Twitter Articles’ the users might be in for a tweet. 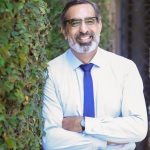