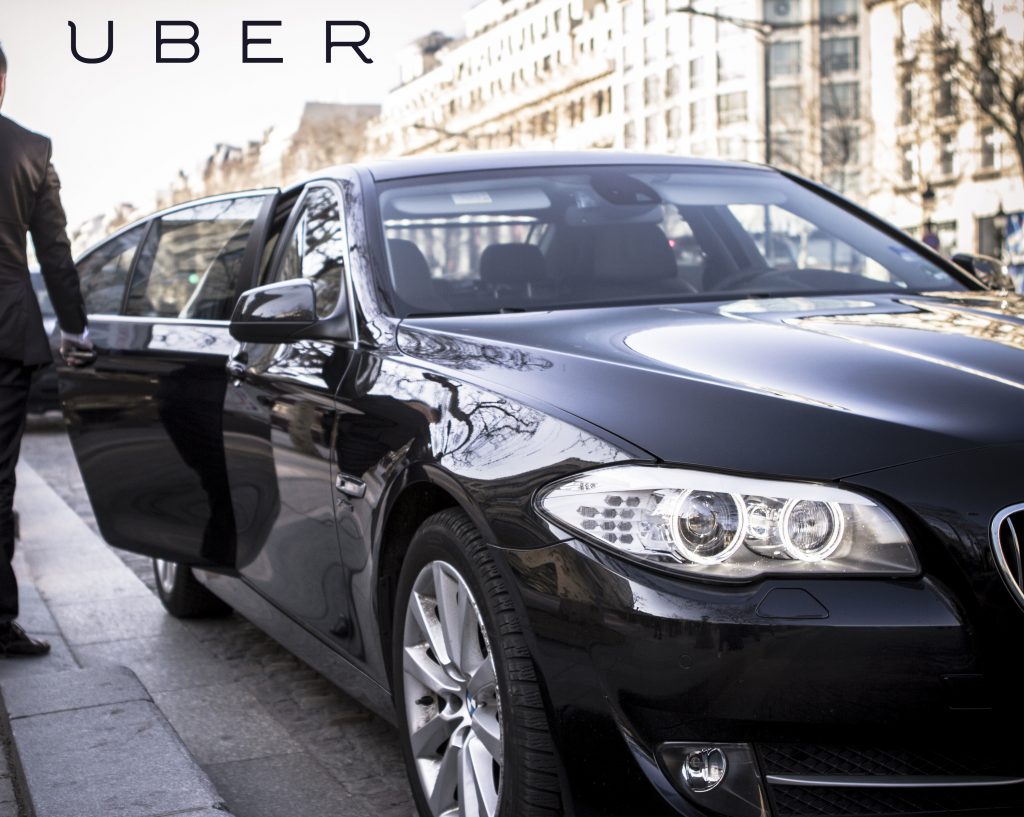 Uber and Careem, especially in a country like Pakistan where security is a big issue, are supposed to be a safe haven for those looking for a reliable and secure method of transportation. Uber and Careem, both have claimed at numerous occasions, that prospective drivers go through strict scrutiny (background check, training etc) before induction. Uber requires a police issued clearance certificate to apply for driver membership. Despite all of these claims, there have been numerous cases all around the world where Uber drivers were found involved in various instances of robbery and sexual harassment of female passengers.

It seems that Uber has not learnt from its mistakes and is destined to repeat those in Pakistan too. There have been many reports in both Lahore and Karachi about Uber drivers behaving rudely with passengers. The latest victim of such blunt incompetence on Uber’s part is Sana Yousaf Ayub, a citizen of Karachi who was subjected to harassment and continuous threats by an Uber driver. Sana narrates the whole incident in her Facebook post as:

“Uber and Careem have been my mode of transport since a really long time and not just me a lot of people travel in them when they have no other mode of transport. Today my mom couldn’t pick me up from my coaching so I had to call uber. As soon as my ride was confirmed I called the driver to ask him where he was. He answered me very bluntly like he’s doing me a favour picking me up and he’s not getting paid for his job. He was standing far away from the location I gave him and when I told him he’s not where I gave him the location he started screaming at me and calling me “jhooti”, a liar and that I don’t have any manners. I was laughing in the beginning thinking if this man’s crazy but he kept calling me “jhooti” and then said he’s cancelling. I thought it was over until I started receiving messages that begin from “pagal larki” and “pagal”. Then my friend called him and shouted at him so that he’d stop messaging me but he gave such responses which won’t be appropriate for me to type here so she cut the call. I called Careem immediately so I could get home but then I started receiving more messages from him. “Behoda”, “jahil” and in the end “Tm ko agar me dhond ni nika to mera naam zubair ni” and I’m quoting his exact same words.

For an 18 year old girl who lives in karachi this threat is not just a threat to me but every person that travels in these cars and has become their mode of transport. Everytime I’ll get out of my coaching I’ll fear if he’s standing outside. I’ll be scared if he’ll track my number and come to my house. I know a lot of people will think how can my parents allow me to go alone and blame them for whatever happened or me to be stupid enough to travel alone at 7:30 in the evening with a strange man but why don’t we see its the man at fault who thought it was correct to call me names and then threaten to find me. My gender is not assigned to travel with someone whenever I have to go somewhere. No one has the right to say it’s my fault when I only wanted to reach home safely.

It’s not the first time I’ve been facing trouble with Uber. They arrive late, their drivers are very ill mannered and they cancel trips all the time. I tried finding their number to complain and get the driver fired but they don’t even have an officially registered number. I even reached out to ptcl helpline for their number but they only had Careem. Uber didn’t even register their number to the ptcl helpline. I did message them and I’m just waiting for their response so that strict action can be taken against him. Below are the screen shots of the messages and his number.

I shared my experience with everyone just to warn you guys to choose Careem over Uber, and secondly please be very careful and warn others too and complain when things like these happen because it’s not okay to be treated like this. Don’t be scared because you’re paying them for a service and not asking them for a favour. Please share this with people so that they know that Uber is not the right choice when choosing transport.” 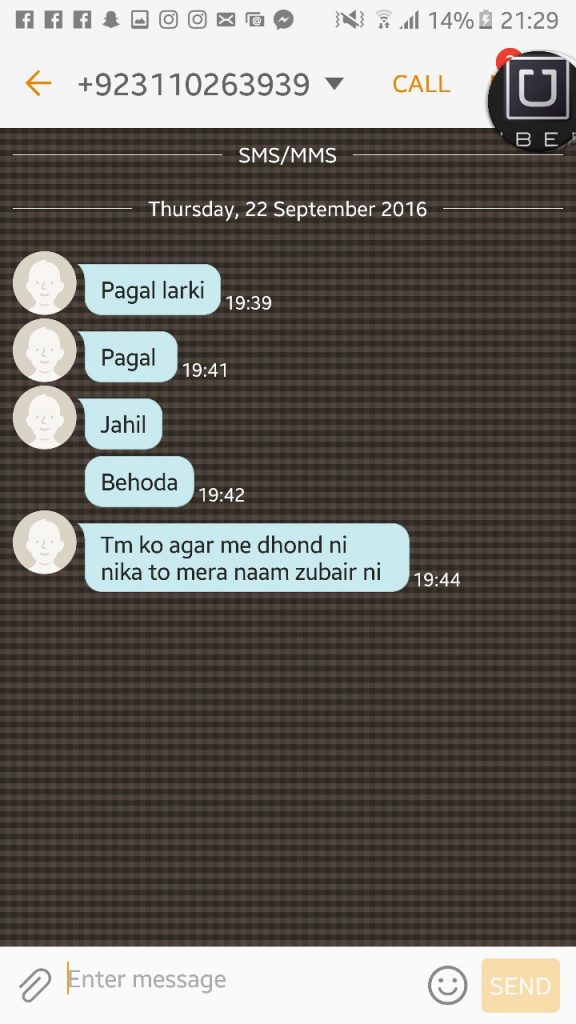 Attached with her post is the screenshot of messages sent to her by the driver after he cancelled her ride. A worrisome aspect of this whole incident is the lack of customer support by Uber in Karachi. Uber should work on making sure that their customer support infrastructure is well in place before they begin offering services in any new area.

We will make sure to update you more on this incident once official word by Uber is available. 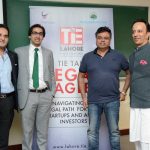