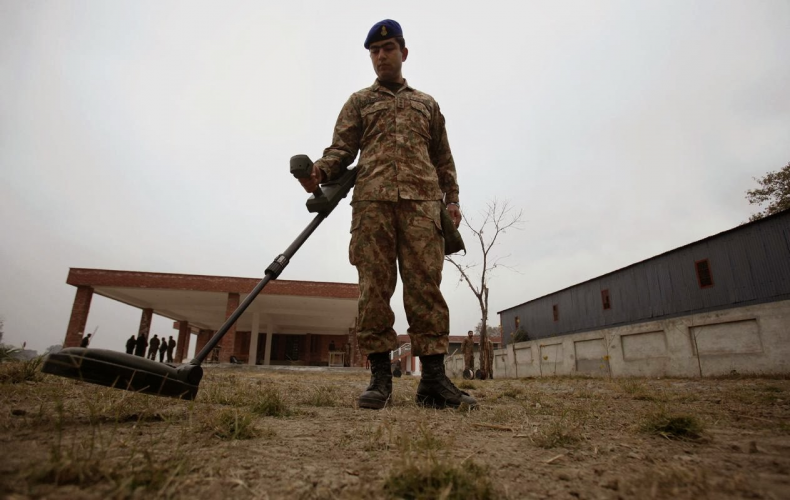 The United Kingdom has offered an enhanced three-year package of Counter Improvised Explosive Device (C-IED) support to Pakistan. The announcement was made by UK’s defense secretary Michael Fallon.

The offer was made during his visit to Islamabad this week. This new offer would build on the successful C-IED package provided by Britain between 2012 and 2015, as well as renewing support in finding and defusing IED’s. It would also include vital training on how to gather and analyse forensic evidence from bomb scenes. The move would help to tackle an issue that has caused more than 16,000 casualties in the country during the past decade.

“By sharing British counter-IED expertise, we have already trained 5,000 Pakistanis to defuse these evil and dangerous devices. This new offer means thousands more could be trained, saving lives, and preventing life changing injuries. Our counter-IED work here is all part of our close partnership with Pakistan and our shared determination to fight terrorism. By working together, we will make our streets safer at home in the UK and here in Pakistan.”

In order to help Pakistan develop effective and sustainable counter-terrorism capabilities, the UK had donated 12 million C-IED equipment units to-date. The C-IED equipment, supplied along with search equipment, vehicles, storage and flights, as well as training, will help us in countering emerging IED threats.