Verne: The Himalayas, an app featuring Pakistan, not available in Pakistan!

Google has developed a magnificent app that features a 500 foot Yeti named Verne exploring the beautiful Himalayas. The app is based on the 3D imagery used by Google Maps to give you the entire landscape of the Himalayas. This game has been developed by Google for kids to allow them to explore one of the largest mountain ranges of the world spread across Pakistan, India, China, Myanmar, Nepal, Bhutan, and Afghanistan.

Within the app, you control Verne as the main character. A Yeti giant that can skate through the icy lakes on the Himalayas, use a jetpack to explore the top of the mountains, and discover information about the Himalayas as you play along. Due to his massive size, Verna can even climb to the peek of the Mount Everest in a matter of seconds.

It is a brilliant idea to keep the kids interested. The game is built on the Unity Game Engine with help from Google Maps, of course. Another interesting thing to note here is that this is one of the first games that Google has ever developed for its Android platform.

However, considering that this app is a game that features the Himalayas (and hence, Pakistan in some way), it is odd that the app is not available in Pakistan itself! This is quite strange, especially for Google that tends to make its apps available globally to all Android devices. There is no official word on the apps availability yet from Google.

Here is a video of the gameplay of Verne: The Himalayas: 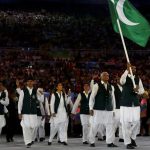